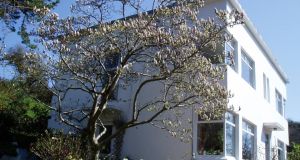 Environmental campaigner Karin Dubsky and her husband Paul have been refused permission to convert part of their home in the seaside resort of Ballymoney, Co Wexford, into an “eco-education centre”.

Although Wexford County Council had approved the relatively modest scheme, its decision was appealed to An Bord Pleanála by a group of Dublin-based professionals with holiday homes in the area.

A division of the appeals board then decided, by 2 to 1, to reject the plan, overruling a recommendation by one of its senior planning inspectors, Tom Rabbette, that permission should be granted.

Noting the site is located in an area identified by the Environmental Protection Agency (EPA) as being at very high risk from domestic sewage pollution, the board said it was “not satisfied” with the proposal.

Bathing waters “The board considered that the proposed development, in close proximity to a stream and to bathing waters, to a proposed drain and to other dwellings, would be prejudicial to public health,” it said.

As co-ordinator of Coastwatch Ireland, which has been working to keep beaches clean for 25 years, Ms Dubsky said it was “ridiculous” that she would be involved in anything that would cause pollution.

“The plans were based on considerable research and consultation with the EPA, Wexford County Council and environmental engineers in Trinity College as well as wastewater treatment plant companies.”

She explained that a quality secondary sewage treatment plant from which the treated sewage would flow into a large (260sq m) raised-bed percolation area was decided upon as the best option.

School groups The plan would have meant installing two extra toilets in the Dubskys’ 1930s seaside villa to cater for school groups and others studying the coastal environment, and had qualified for a Leader grant.

Others included Barry Dillon, of accountants Tynan Dillon, chaired by former EU commissioner Charlie McCreevy; Frankie and Anna Lavelle, and Michael and Terese McPhilips, all with holiday homes there.