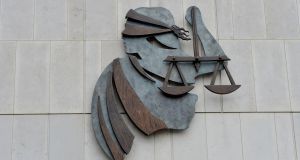 Phone data played a significant role in identifying Graham Dwyer as a suspect for the murder of childcare worker Elaine O’Hara, and in securing his 2015 conviction

The Supreme Court’s first ever sitting in Waterford will see it deliver a key judgment with potentially huge implications for the State’s fight against serious crime and for Graham Dwyer’s bid to have his murder conviction overturned.

The court, as part of a programme of sittings outside Dublin, will make history on Monday when it sits for the first time in Waterford courthouse to hear two days of cases before moving to Kilkenny on Wednesday for its first ever sitting there.

The sittings involve delivery of some important judgments, including on Monday when the court, in a sitting being broadcast live on RTÉ News Now, will rule on the State’s appeal over a High Court decision allowing Dwyer’s challenge to a phone data retention law.

On Wednesday the court will determine what sentence should be imposed on a man for rape of his wife after applying rape sentencing principles set out in an earlier ruling in the case.

Monday’s judgment concerns a late 2018 High Court decision upholding Dwyer’s challenge to a 2011 law under which mobile phone data was accessed in 2013, and later used in his trial for the murder of childcare worker Elaine O’Hara.

The remains of 36-year-old Ms O’Hara were found on Killakee mountain, Rathfarnham, Dublin, on September 13th, 2013.

Phone data played a significant role in identifying Dwyer as a suspect for the murder and in securing his 2015 conviction, including data related to two phones referred as the “master” and “slave” phones. It enabled gardaí to track Dwyer’s phone contact with Ms O’Hara, and to show the location of his phone at important times.

If the Supreme Court upholds the High Court ruling, Dwyer’s lawyers will seek to use that to his benefit in his conviction appeal, for which a date has yet to be fixed. During the criminal trial Dwyer’s challenge to the admissibility of the phone evidence was rejected by the trial judge.

The State’s concern over the High Court decision extends well beyond the Dwyer case. An “enormous” amount is at stake for the State’s fight against serious crime and for national security, its lawyers told the Supreme Court.

They said Dwyer’s case underlined the significance of phone metadata for criminal investigations and trials, and if the High Court decision stands a person’s past phone history would not be available for future investigations.