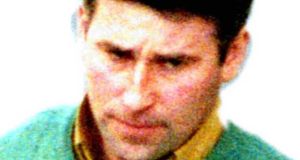 Two of the men found liable in civil court proceedings for theOmagh bombing face jail for contempt unless they comply with orders to disclose details of their assets.

Liam Campbell and Michael Colm Murphy were directed by the High Court in June to provide sworn statements disclosing their assets and means but had failed to provide them, Mr Justice Anthony Barr was told on Wednesday.

That judgment against both Campbell and Murphy, along with Michael McKevitt and Seamus Daly, was granted by the High Court in Belfast after all four had been found responsible, in a civil action, for the bombing.

The four were ordered to pay the relatives a total of Stg£1.6m, a judgment that has been formally recognised in the Republic.

Arising out of Campbell’s and Murphy’s failure to furnish the statements lawyers for the relatives today, in an ex-parte application, were granted orders directing that the two be attached and brought by the Garda before the High Court in Dublin to explain their alleged contempt.

Both men could face imprisonment for contempt of court if they continue to refuse to obey the original court orders.

In June, a High Court Judge directed Campbell and Murphy to each provide a sworn statement containing a list of all their assets worth more than €5,000 and in which they have an interest.

They were also ordered to disclose all shares or interests in companies they may hold, savings or monies held in bank accounts, as well as details of any debts or liabilities they may have.

Andrew Robinson, barrister for the relatives, said solicitors representing the two men had been written to and several reminders asking them to furnish the statements had been issued.

Mr Robinson said the relatives had been left with no option but to seek orders directing that both Campbell and Murphy be attached and brought before the court to answer their alleged contempt. If they did not comply then orders seeking their committal to prison would be sought.

He said the legal team representing the relatives had secured permission to examine the wives of the four men in the High Court in November about their husband’s means and assets.

Mr Robinson told the court there had been difficulty serving notice of the examination on Bernadette Sands McKevitt, wife of Michael McKevitt, and founder of the 32 County Sovereignty Movement. There had also been difficulty in serving Seamus Daly’s wife, Aine McKenna. Letters sent to both women had been returned marked “not known at this address”.

McKevitt (66), of Beech Park, Blackrock, Co Louth, was jailed for 20 years in 2003, backdated to 2001, for directing terrorism and membership of the Real IRA.

Daly, with addresses in Cullaville, Castleblaney, Co Monaghan, and Jonesborough, Co Armagh, is currently awaiting trial in Northern Ireland charged with 29 counts of murder and having caused the explosion in Omagh and possession of a bomb with intent to endanger life.

Mr Justice Barr granted the relatives permission to serve notice of the examination on a Belfast-based solicitors firm that represents both Daly and McKevitt.