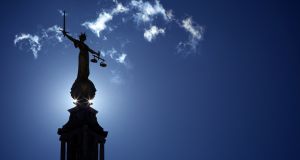 A woman terminally ill with cervical cancer has taken a High Court action over alleged incorrect reporting of smear tests taken under the national screening programme.

The situation is “very dire” for the woman who is dealing with “a devastating diagnosis” as best she can, her counsel, Oonah McCrann, told the court.

Described as a much-loved wife and mother, the woman was first diagnosed with cervical cancer in 2015. Her cancer returned early last year and she is now terminally ill.

Counsel said an internal review of smear slides by CervicalCheck a year after her 2015 diagnosis, upgraded her slides from an initial reporting of no abnormality detected.

Counsel said the woman was not told until 2018 of the results of the slide reviews and the specialist who told her reassured her it made no difference to her clinical outcome. “In other words, she was going to have cancer anyway,” Ms McCrann said.

A subsequent external review upgraded the smear slides and concluded there were missed opportunities to diagnose and treat pre-cancer, counsel said.

The woman, her husband and their four children have brought actions against a United States laboratory, Clinical Pathology Laboratories based in Austin, Texas, Medlab Pathology with offices at Sandyford in Dublin and the Health Service Executive (HSE).

It is claimed the three smears were incorrectly reported and cytological cell changes were allowed to develop and spread unidentified, unmonitored and untreated until the woman was diagnosed with cancer in 2015.

It is further claimed there was failure to diagnose pre-cancerous or cancerous cells on a timely basis and the woman was denied the opportunity to receive and benefit from timely treatment.

It is also claimed her constitutional rights were breached by alleged inexcusable delay in conveying the results of the screening audit to her.

The laboratories deny the claims.

The HSE has accepted the outcome of the slides review should have been made known to the woman as soon as CervicalCheck was notified.The reassurance given by the specialist in 2018 regarding no alteration to the woman’s clinical outcome was given in good faith but the further review concluded the reassurance was not accurate, it says.

The case before Ms Justice Bronagh O’Hanlon continues next week.