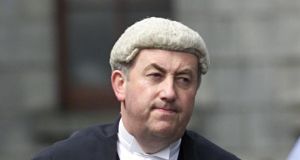 The President of the High Court has warned that due to a shortage of judges some cases are at risk of being adjourned at “short notice”.

It is believed adjournments will come into effect from as early as next week. Cases which will get hearing priority are criminal proceedings, family law cases, wards of court and commercial litigation, Mr Justice Peter Kelly stated onFriday.

He issued the warning on Friday via an official notice published on the Court Service website.

It states: “As a result of a shortage of judges in the High Court, it is necessary to redeploy judges from their designated duties so as to ensure that trials in the Central Criminal Court, Family Law, Wards of Court and Commercial List cases do not have to be postponed.

“As a result, it is regretted that all cases in every other High Court list are at risk of having to be adjourned at short notice.”

There are currently three judicial vacancies in the High Court and delays in filling earlier vacancies have added to backlogs in court lists.

A third High Court judge, Mr Justice Patrick McCarthy, who was also appointed to the Court of Appeal, is expected to take up his position there shortly.

A fourth High Court judge, Mr Justice Brian Cregan, was appointed in 2015 to the Commission of Investigation into certain transactions by IBRC, also known as the Siteserv inquiry, and continues his work there.

Earlier this week, Mr Justice Bernard Barton, who manages the High Court jury list, sent the entire jury panel home saying there was no point in their returning to court this week as there were no judges available to hear cases in the list.

In doing so, the judge noted Ireland has the lowest number of judges per capita in Europe.

In late May, the new President of the Court of Appeal, Mr Justice George Birmingham, said it was facing an “immediate crisis” as, due to departures of judges, he then had just five judges available to sit on an unrestricted basis.

He warned waiting times of at least 20 months for appeal hearings will get worse and more hearing dates for appeals will have to be adjourned unless new judges were appointed urgently.

Three High Court judges have been appointed to the appeal court since the judge’s remarks but that in turn has created problems for the High Court.

The appeal court, set up up four years ago, also continues to battle with a “legacy” of hundreds of appeals inherited from the Supreme Court.

It has dealt with 850 such appeals to date but more than 500 remain outstanding and its own separate caseload also continues to increase.