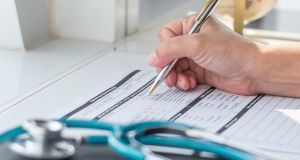 ILH and other insurers particularly objected to the HSE’s position that, regardless of the point when the waiver is signed, the waiver has the effect of causing all the services received to be liable to private charges then passed onto the relevant insurer. Photograph: iStock

Irish Life Health has joined Laya Healthcare in opposing claims by the HSE concerning the payment of charges for the treatment of private patients in public hospitals.

In proceedings against Laya, the HSE maintains, that once a private patient being treated in a public hospital opts to receive private care, the patient or insurer becomes liable for the payment of charges incurred for the entire duration of their stay in the public hospital.

The case centres on interpretation of provisions of the Health Act 1970.

PIP forms were introduced in 2014 to make privately insured patients aware of their entitlements before deciding whether or not to waive their rights to be treated as a public patient.

The HSE maintains the Health Act allows it to charge patients as private patients where there is an election to be treated as a private patient for the entirety of their stay in a hospital.

The HSE also claims Laya has wrongfully asserted a right to recover money allegedly overpaid to it between 2014 and 2016.

Laya is liable to pay the prevailing statutory rate for inpatient care provided at public hospitals to patients it insures from January 1st 2014 to date, it claims.

The case was initiated late last year and on Monday Paul Coughlan BL, for Irish Life Health DAC (ILH), applied to be joined as a notice party. There was no objection by either Laya or the HSE.

Mr Justice Robert Haughton, having sought and received an undertaking from ILH to pay its own costs, granted counsel’s application.

People with private health insurance are entitled to receive treatment in public hospitals and ordinarily would be liable to pay the standard daily charge of €80, he said.

In purported reliance on provisions of the Health Act 1970, various public hospitals are inviting patients with private insurance to sign waivers whereby the patient effectively foregoes their entitlement to be treated as a public patient, he said. That enables the hospital to levy a “vastly higher” private charge that the insurer has to pay “even though there is no difference in the service being provided”.

ILH and other insurers particularly objected to the HSE’s position that, regardless of the point when the waiver is signed, the waiver has the effect of causing all the services received to be liable to private charges then passed onto the relevant insurer.

The HSE’s solicitors had written to ILH last November complaining about it paying in patient charges for private in-patients only from the date of their signing the PIP form, he said. The issues raised in that correspondence were the same as those in this case and it was “entirely logical” to have the matters decided in one set of proceedings, he said