Law not prescriptive in relation what parties do to achieve compliance, lecturer says 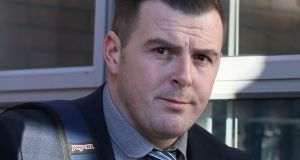 Financial sanctions are “probably the only option” for getting Irish political parties to reach quotas aimed at having them run more women candidates in general elections, the High Court has been told.

Dr Fiona Buckley, a University College of Cork lecturer specialising in gender politics, agreed she had described as “robust” the sanctions set out in the Electoral (Political Funding) Act 2012 for parties who fail to ensure at least 30 per cent of their general election candidates are women and 30 per cent are men.

Parties can choose whether or not to comply with the quotas but, if they do not, the Act provides they will lose half of their State funding, she said. The financial penalty sanction was “probably the only option” available to incentivise political parties to meet the quotas.

Dr Buckleywas being cross-examined as an expert witness for the State in the challenge by Fianna Fáil activist Brian Mohan to the constitutionality of provisions of the 2012 Act linking funding to meeting gender quotas.

The case concluded on Thursday after three days and Mr Justice David Keane said he hopes to give judgment next week.

Mr Mohan brought the case against the State after Fianna Fáil directed last September its sole general election candidate in the Dublin Central constituency, where he wished to run, must be a woman, and Mary Fitzpatrick was selected. The direction was issued after it emerged, by summer 2015, there were 10 women among 47 candidates chosen for Fianna Fáil in 31 constituencies.

She said a range of factors affect the outcome of elections, including swings in favour of particular parties but she believed, the more women contesting elections, the greater the likelihood of increasing the number of women elected.

Closing the case for the State, Maurice Collins SC argued Mr Mohan has no legal standing to bring a “derivative” challenge clashing with Fianna Fáil policy on gender quotas. The Oireachtas was also clearly entitled to legislate to regulate elections including nomination of candidates; to promote the constitutional guarantee of equality and in the public interest, he said.

There was no attempt to compel parties to select as candidates persons whom they would not otherwise select, counsel said.

Closing Mr Mohan’s case, Mr McDowell said he was advancing the “stark” argument the Constitution does not entitle the legislature to sanction parties over failure to select particular types of people to contest general elections. There was no evidence women are being rejected by parties, he said.

Fianna Fáil policy is decided by its ardfheis which has never approved gender quotas, counsel said. Mr Mohan’s case was his party cannot be coerced by law into imposing gender quotas which prevented him going forward as a candidate by reason of his gender.