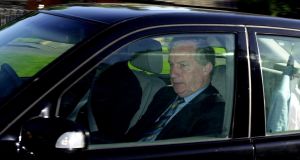 Mr Smith, who previously represented the North Tipperary constituency and was a member of cabinet in governments lead by former taoisigh Charles Haughey, Albert Reynolds and Bertie Ahern, brought proceedings against Iconic Newspapers Ltd over an article published in the Tipperary Star in June 2014 concerning fundraising for the Curreeney Hedge School project.

The action by Mr Smith was listed for hearing before the High Court on Tuesday and was expected to last for four days.

However, Hugh Mohan SC, for Mr Smith, told Mr Justice Charles Meenan the case had been settled and could be struck out.

As part of the settlement Rossa Fanning SC, for Iconic Newspapers Ltd, read a statement on behalf of his client.

He said an article was published in the Tipperary Star’s June 6th, 2014 editionconcerning fundraising for the Cureeney Hedge School project.

“Iconic Newspapers Ltd, the publisher of the Tipperary Star Newspaper, acknowledges that Mr Michael Smith the former FF minister and TD for Tipperary North did make numerous efforts and representations to achieve funding for the project and acknowledges the high esteem in which he is held for his long-standing political career and service,” Mr Fanning said.

“The newspaper regrets any distress or embarrassment caused to Mr Smith and his family arising from any contrary impression that may have arisen for the publication. The newspaper has agreed to make a donation to a charity of Mr Smith’s nomination in recognition of this.”