Orders sought by Cab for currency known as Ether or Ethereum, worth about €25,000 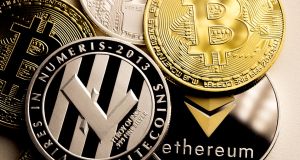 The High Court has ruled that cryptocurrency held by a man serving a prison sentence for drugs offences constitutes the proceeds of crime.

Ms Justice Carmel Steward made orders sought by the Criminal Assets Bureau in respect of 2,000 units of a currency known as Ether or Ethereum, worth approximately €25,000, found in an online cryptocurrency wallet belonging to Neil Mannion. She dismissed his claims that an investigation into his holding of this cryptocurrency had breached his rights.

Mannion is serving a 6½-year jail sentence in Wheatfield Prison arising from a search by gardaí at a property on Dublin’s South Circular Road in November 2014.

He admitted the premises was being used as a drug distribution centre for the sale of illegal drugs. Mannion, of Mount Drummond Avenue, Harold’s Cross, Dublin, also admitted trading on darknet sites the Silk Road and Agora under an alias, the Hulkster.

He was jailed in 2015 at Dublin Circuit Criminal Court after he and a co-accused both admitted possession of LSD, amphetamine and cannabis resin with intent to sell or supply at Bank House Business Centre, South Circular Road on November 5th, 2014.

The Cab also brought proceedings against Mannion claiming that funds contained in various bank accounts, credit cards and in Bitcoin, were the proceeds of crime. Those proceedings were settled in February 2016.

The Cab, after examining several computer devices seized during the search, found the Ether/Ethereum currency in an online wallet. The Ethereum did not form part of the first set of proceedings as, at that time, that particular cryptocurrency had not started operating as a trading currency.

Following a review, the Cab decided to bring a fresh application in July 2016 seeking to have Ether, which had begun to be traded as a currency, deemed the proceeds of crime.

The application was opposed by Mannion who argued, as the criminal proceedings had concluded against him in December 2015, the State no longer had the authority to retain his computer system or any copies of it. He argued he had consented to a search of his computer by the authorities during the initial criminal investigation in November 2014 but had not consented to an indefinite power of search vested in State officers.

He challenged the basis on which his computer was accessed after the criminal investigation had concluded. He argued that while this breach of his rights was inadvertent he claimed that this inadvertence was not excusable and the material should be excluded. The Cab rejected breaching Mannion’s rights and argued that there were clear public policy grounds in bringing proceedings in respect of his Ether or Ethereum.

In her judgment, the judge dismissed Mannion’s arguments and said the State agents involved had conducted themselves with commendable diligence and with due regard to their constitutional obligations.

In a case that “broke new legal ground”, she ruled Mannion’s constitutional and legal rights were not breached. She said arguments raised by Mannion were not without merit and that a great deal of the State’s investigation into this matter was potentially undermined by the intricacies of data privacy rights and cryptocurrency exchanges.

While the complications in the investigation did give rise to legitimate questions, they did not amount to a breach of his rights and the Cab had established the asset was not seized or retained unconstitutionally, she ruled.

Such a breach could arise in a future case and it would be prudent to prepare for such potential difficulties, she added.