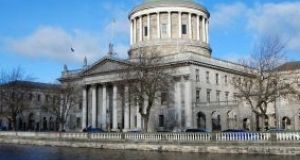 Mr Justice Michael McGrath granted the applicant a temporary injunction preventing the landlord from re-entering and taking possession of the premises.

The operator of a Montessori school and a family entertainment centre has secured a temporary High Court order preventing its landlord from retaking possession of its premises.

The order was secured by Fun2see Learning & Activity Centre Limited which operates the two businesses and employs 32 people, out of unit 21 Ashbourne Retail Park, in Co Meath.

Fun2see Learning sought the orders after its landlord Pargo Properties One Limited served it with a notice of forfeiture on Friday, September 13th last requiring it pay €1.48m of alleged arrears in rent within seven days.

At the High Court on Thursday, Conor Bowman Bl for Fun2see said the landlord’s claim of alleged arrears is disputed by his client, who he said has always paid its rent of approximately €1,500 a week.

He said the landlord bought the title from a National Asset Management Agency (Nama) appointed receiver after its original landlord got into financial difficulties.

It had agreed to pay its original landlord a higher rate of rent but claims the original rent was reduced after an anchor tenant left the retail park, which saw a reduction in the number of persons using the park.

Counsel said his client then agreed to pay a lower amount of rent, which he said did not increase when the park was in Nama.

In recent times counsel said his client had agreed to pay an increase in rent to the new landlord, however any claim that any arrears of rent is contested by the applicant, counsel said.

Counsel said his client’s business will suffer far-reaching consequences, including the loss of all 32 jobs if the landlord retakes possession of the premises his client has leased for approximately a decade.

Mr Justice Michael McGrath granted the applicant a temporary injunction preventing the landlord from re-entering and taking possession of the premises.

The order also restrains the defendant company from interfering with the tenant’ s businesses operated from the unit.

The injunction was granted on an ex-parte basis, and the case will return before the court in two weeks time.