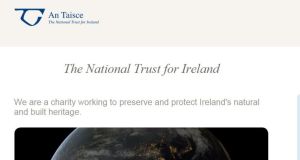 An Taisce had sought orders quashing a November 2014 decision of An Bord Pleanála granting approval for the scheme, proposed by Kerry County Council, to improve the road between Dingle and Annascaul and between Gortbreagoge and Camp Road.

An Taisce has lost its legal challenge to planning approval for a controversial €65 million road widening scheme on the N86 road between Tralee and Dingle.

A 28km project between Dingle and Annascaul, involving a straightening and widening of the road, was on hold pending the outcome of the Commercial Court case.

Part of the scheme east of Annascaul has been completed.

An Taisce sought orders quashing a November 2014 decision of An Bord Pleanála granting approval for the scheme, proposed by Kerry County Council, to improve the road between Dingle and Annascaul and between Gortbreagoge and Camp Road.

The council planned to include a cycleway on each side of the road, plus a hard margin.

The board previously refused permission for the scheme but, after that decision was overturned by the High Court in 2013 on grounds including failure by the board to adequately consider cyclists and pedestrians, the board reconsidered its decision and approved the scheme in November 2014.

In proceedings initiated earlier this year, An Taisce claimed the overall road project was not adequately assessed in accordance with the provisions of the Environmental Impact Assessment (EIA) Directive.

The road project is significant in scale and the Dingle peninsula has a high concentration of cultural heritage, it argued.

In his detailed judgment, Mr Justice Robert Haughton said the essence of An Taisce’s claim was the 4.2km section of road between Annascaul and Gortbreagoge, along with the 28km scheme, constituted a single 32km “project” for the purpose of the directive.

It claimed an Environmental Impact Statement (EIS) and EIA were required for the entire project and failure to include the 4.2km in an EIA amounted to unlawful “project-splitting”, in breach of the directive.

That meant the central issue was whether the board was entitled to approve the 28km scheme in the absence of an EIS or EIA of the entire 32km, the judge said.

He upheld arguments by the board that An Taisce, before it could allege unlawful “project-splitting”, should have challenged a November 16th, 2011, direction of the board requiring the council to prepare an EIS for the 28km scheme.

The eight-week time limit for such judicial review challenges ran from November 16th, 2011, or, at the latest, December 21st, 2011, the date of receipt of the EIS, he said.

The November 2014 decision could not be attacked without challenging the validity of the underlying 2011 direction, he found.

The period for such a challenge had long expired, there was no application for an extension of time and this case must be dismissed.

In the circumstances, it was not appropriate for the court to express a view on whether there was project-splitting, contrary to EU or national law.

In case anyone was left with the impression the 4.2km section was approved without any consideration of its environmental impact, the judge said an EIA screening report and various other screening exercises were carried out on that section and it was concluded there would be no “significant” effect on the environment.