GAA coach charged with possession of cannabis worth up to €600,000 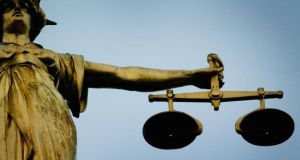 Two of the men arrested during the operation were yesterday brought before Judge Michael Walsh at Dublin District Court to face charges under the Misuse of Drugs Act.

A GAA coach was caught “red-handed” with cannabis valued at about €500,000, a court heard yesterday.

On Thursday, gardaí stopped and searched a car at Kylemore Road, Ballyfermot, Dublin, which resulted in the seizure of 1kg of cannabis herb.

Three men were arrested and detained at Ballyfermot Garda station under Section Two of the Criminal Justice (Drug Trafficking) Act, 1996.

Later at Clonsilla Road a van was stopped and searched resulting in the seizure of about 8.5kg of cannabis herb and the arrest of a man in his 30s.

In a follow-up search of premises on Dale Road in Stillorgan, gardaí seized about 15 kg of cannabis herb.
Two of the men arrested during the operation were yesterday brought before Judge Michael Walsh at Dublin District Court to face charges under the Misuse of Drugs Act.

David Gill (38), who teaches Gaelic football to young players in south Dublin, is accused of possessing cannabis for sale or supply at a lock-up in the rear of a premises at Dale Road, and also at Clonsilla Road where the van was allegedly stopped.

Detective Timothy Casey from the Garda National Drugs Unit told Judge Walsh that Mr Gill, a father-of-three, of Leopardstown Road, Sandyford, Dublin, replied “I understand” when the charges were put to him. He said Mr Gill was “caught red-handed” and objected to bail citing the value of the drugs seized.

Judge Walsh agreed to set bail in Mr Gill’s own bond of €10,000, half of which has to be lodged in cash. He also required an independent surety in the sum of €20,000, and ordered that half of this sum must be lodged in cash before bail can be taken up.
The judge noted Mr Gill’s passport had been held by gardaí and said he must not apply for new travel documents. He also ordered him to sign on daily at a Garda station and remain living at his current address.

Mr Gill has not given an indication as to how he will plead.

He was remanded in custody with consent to bail to appear again next Tuesday.

Co-accused Rafal Chylinski (29), a Polish national, Castlecurrough Vale, Mulhuddart, Dublin, is accused of unlawful possession and possessing cannabis with intent to supply at Kylemore Road and made no reply when charged.

Mr Chylinski was granted legal aid and ordered to appear again in October. He was also ordered to reside at an address at Mill Road, Ennis, Co Clare, and to sign on twice weekly at the nearest Garda station.