Seven men who allegedly abused child will not face prosecution 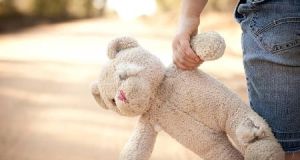 A clinical psychologist told a District Court child care hearing he was not surprised there would be no prosecution for sexual abuse, because the veracity of the child’s evidence had been undermined in garda interviews. File photograph: iStockPhoto

Seven men who allegedly sexually abused a child were not prosecuted because of the manner in which interviews with the child were carried out by gardaí.

A clinical psychologist told a District Court child care hearing he was not surprised there would be no prosecution for sexual abuse, because the veracity of the child’s evidence had been undermined in garda interviews. Gardaí had asked the girl to recall inappropriately specific details from when she was very young, that were not within her ability, the expert said.

He described the garda interviews as “abusive” and “relentless”, but he was clear that the substance of the child’s evidence was authentic.

The quality of the interviewer’s training was questioned during the case, as well as the lack of ongoing training.

The case has been published on the website of the Child Care Law Reporting Project, led by Dr Carol Coulter, and is separate from an audit carried out by Prof Geoffrey Shannon on Garda emergency care cases which was published earlier this week

The child, now in care, was interviewed 11 times, by gardaí and by a child sexual abuse therapy unit she was referred to by Tusla, the Child and Family Agency.

She told gardaí she was abused by men who had been drinking with her mother and at times, her mother was present during her abuse.

She also alleged her mother made her pose naked for photos and the photos were shown to the men before they abused her. And she gave evidence of neglect, and emotional and physical abuse.

The child’s mother denied the allegations and said her daughter was a liar and was coached.

Six interviews – two a day – were carried out by a garda child specialist interviewer. Some were up to an hour and 20 minutes long.

Interviews were also carried out by the therapy unit, the first of which involved a credibility assessment. However, the unit failed to complete their assessment because Tusla, then the HSE, decided the garda child specialist interviews should begin instead. As a result, the unit could not reach a definitive conclusion about the child’s allegations.

Giving evidence, the garda child specialist interviewer said she had received four weeks’ training and had not had any updated training since then, though she did receive supervision from garda college trainers. She said the number of interviews she did with the child was “unprecedented” and she would take on board the opinion of the expert.

In interviewing a child who has suffered multiple abuse, it was difficult to establish a timeline, which was why there were so few prosecutions, she said.

Making a full care order in the case, to the age of 18, the presiding judge said on the balance of probabilities, while in the care of her mother, the child suffered physical abuse, neglect, emotional and sexual abuse.

The judge criticised the lack of co-ordination between gardaí and the therapy unit, which she said was contrary to best practice. She said there was no evidence of a “comprehensive co-ordinated response and a joint agency approach”, and no evidence of “consideration of joint interviewing”.