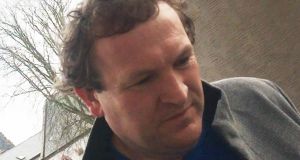 A serving Tipperary fireman appeared in court on Friday, charged with possessing almost €80,000 worth of cocaine at Nenagh Fire Station, for sale or supply.

Michael Morgan, (40), with an address at Cluain Muillean, Nenagh, was charged with possessing cocaine, with a street value of €78,000, at the Tipperary Fire Service headquarters on January 17th, 2018.

A two-year investigation resulted in gardaí arresting and charging Mr Morgan, and a co-accused, John Walsh, (33), with an address at Coille Bheithe, Nenagh, at Nenagh Garda station on Thursday.

They are also charged with possessing cocaine worth more than €13,000, contrary to Section 15A of the Misuse of Drugs Act, which carries a mandatory minimum jail sentence of 10 years.

Det O’Loughlin said each accused “made no reply” to the charges.

Mr Morgan’s barrister, David Byrnes, told the court he anticipated he would make an application for legal aid at a later date.

Sgt Keating said gardaí were not objecting to bail, provided both accused adhered to a number of conditions including that they both reside at their home addresses and sign on three times a week at Nenagh Garda station.

Judge Elizabeth MacGrath remanded the two men on bail, on their own bonds of €500, to appear before Nenagh District Court again for DPP directions and the service of a book of evidence on April 17th.