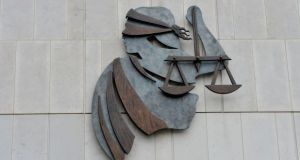 The accused gave a false name when charged with trespassing.

A homeless woman suffering from alcohol and heroin addictions has admitted carrying out an “opportunistic” burglary at the home of former tánaiste Joan Burton.

The incident happened when the Labour TD had gone out to give a talk at a community crime prevention meeting on Monday evening. However, she had to leave early after learning about the break-in.

The woman was arrested and taken to the Bridewell Garda station before being brought to appear before Judge Brian O’Shea at Dublin District Court on Tuesday.

Mother-of-two, Emma O’Callaghan (43) of no fixed address, had given the name Elaine Waters when she was charged with trespassing at the house on Old Cabra Road, Dublin, on July 2nd with intent to commit theft.

The offence is contrary to Section 12 of the Theft and Fraud Act.

Her case was adjourned and she had been refused bail on Tuesday as a result of a history of not turning up to court and having bench warrants issued.

The accused, described as having a “chaotic” life, had 63 prior convictions connected to her addictions, the court heard on Thursday when the case resumed.

Judge O’Shea amended the charge to include the defendant’s correct name and noted from defence solicitor Stephen O’Mahony that a guilty plea was being entered to the burglary and another 21 charges.

Her other addiction-related offences included: handling stolen goods, stealing charity boxes from shops, public order offences begging, and an assault on a shop worker for which she was given a nine-month sentence on Thursday.

But for the burglary at the politician’s home, sentencing was adjourned for three weeks to allow gardaí to check if a victim impact statement will be provided to the court.