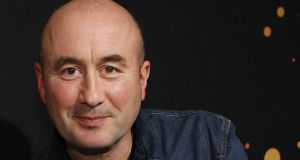 Former RTÉ producer Kieran Creaven has been charged with 17 child abuse offences in Ireland and outside the State.

Former RTÉ producer Kieran Creaven has been charged with 17 child abuse offences in Ireland and outside the State.

He appeared at Dublin District Court before Judge Bryan Smyth.

Following a contested bail hearing, Judge Smyth granted bail with several conditions. They included a ban on Mr Creaven using social media and a requirement for a €10,000 independent surety to be approved due to the seriousness of the charges.

However, Mr Creaven was unable to take up bail and has been held in custody until the conditions are met. Detective Garda Johanna Doyle told Judge Bryan Smyth the accused’s reply to the charges was: “No response until I’ve spoken to my solicitor.”

Detective Garda Doyle, who is attached to the Online Child Exploitation Unit, objected to bail, due to the seriousness of the case and fears Mr Creaven would leave the jurisdiction.

She said some of the charges carried a possible sentence of life imprisonment. She alleged a search was carried out at Mr Creaven’s home in November 2017 which resulted in a discovery of pictures and videos of children. A large number of electronic devices were seized, she said.

There was evidence he had travelled regularly for work to various jurisdictions including the Philippines, Vietnam, Indonesia and Thailand, Detective Garda Doyle said. She feared he could travel outside the jurisdiction beyond the reach of An Garda Síochána.

She agreed with defence solicitor Luke Staines that his client had attended his legal representative’s offices and knew the charges were coming. He had been willing to meet gardaí to be charged by appointment.

Detective Garda Doyle said, however, an operational decision was made on Thursday morning to arrest him. Mr Staines put it to her his client had no reason to leave, and he had been entitled to go to other countries.

Pleading for bail, the defence solicitor acknowledged his client faces extremely serious charges, but, he submitted, there was no evidence he was unlikely to show up to court. He argued that this criteria for a bail objection had not been met. He had also been willing to meet the garda and had remained in regular contact with his solicitor, Mr Staines submitted. He said his client was of limited means.

Judge Bryan Smyth said the situation has moved on now that Mr Creaven has been charged, and there should be some form of surety. Mr Staines replied that this could prove difficult given the nature of the charges. Judge Smyth said there was no real evidence Mr Creaven was a flight risk or would interfere with witnesses, which left the objection about the seriousness of the charges.

He set bail in Mr Creaven’s own bond of €500 and a €10,000 independent surety has to be approved by the district court. Once bail is taken up, Mr Creaven must sign on daily at Dún Laoghaire Garda station between 9am and 9pm.

The judge agreed to impose a condition sought by Detective Garda Doyle that Mr Creaven “not use any social media platform, in particular Facebook and Skype”. He has to surrender his passport within 48 hours of taking up bail, and notify gardaí of any change of address.

Mr Creaven, wearing a black leather jacket, white shirt, black trousers and black shoes, addressed the court briefly to confirm his local garda station was in Dún Laoghaire. He was remanded in custody with consent to bail to appear at Cloverhill District Court on October 8th for a book of evidence to be served on him. Judge Smyth noted the Director of Public Prosecutions has given a direction for trial on indictment, meaning his case will be later sent forward to the Circuit Court. Legal aid was granted to the unemployed man who has not yet indicated how he will plead.