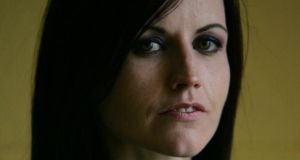 Dolores O’Riordan is facing four charges, including assault, after being arrested at Shannon Airport in Ireland on November 10th last year after flying in from New York. File photograph: Brenda Fitzsimons/The Irish Times

Singer Dolores O’Riordan is receiving medical care as she awaits trial over an alleged air rage incident, a court has heard.

The former Cranberries singer is facing four charges, including assault, after being arrested at Shannon Airport in Ireland on November 10th last year after flying in from New York.

O’Riordan’s solicitor Bill O’Donnell revealed her treatment as he asked for the case at Ennis District Court in Co Clare to be adjourned for three months.

Mr O’Donnell said Ms O’Riordan would benefit from a delay in the case.

The 43-year-old is charged with three assaults and one offence of wilful obstruction of a Garda.

Judge Patrick Durcan agreed to the adjournment, saying: “If the person is having treatment then I think we should facilitate that.”

The case will be back before Ennis District Court on December 16th for a plea to be entered or a date for a hearing to be set, the court was told.

The alleged incident began in the business section of Aer Lingus flight EI 110 from JFK Airport shortly before it came in to land in Shannon.

Ms O’Riordan, from Friarstown, Kilmallock, Co Limerick, became a multi-award-winning musician after becoming lead singer of the Cranberries when she was 18.

The band went on to be one of the biggest of the 1990s, selling tens of millions of records.

She has three children.