Man accused of murder was friendly and caring towards deceased, court told 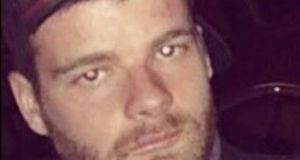 A young man who denies murdering a homeless man by stabbing him 183 times was friendly and caring towards the deceased, a witness has told the Central Criminal Court.

Paul Duggan told defence counsel Giollaiosa O’Lideadha SC that he never saw any problems between Philip Dunbar (20) and the man he is accused of murdering, Adam Muldoon (23). He described the deceased as “one of those people” who is liked by everybody and said he was in shock following his death.

He added: “I never knew this would happen. It’s a shock to me and everybody else. None of us knew something like this would ever happen.”

Mr Dunbar of Glenshane Drive, Tallaght, Dublin 24 has pleaded not guilty to the murder of Adam Muldoon at Butler Park in Jobstown Park, Tallaght on June 22nd or June 23rd, 2018.

Mr Duggan told prosecution counsel Pauline Whalley SC that on June 22nd, 2018 he spent the day smoking weed in the company of the accused, the deceased and others while sitting on the wall of a house a few doors from his own home in Glenshane Green. Mr Muldoon, the witness said, was a friend who they would hang out with almost every day. He said: “He was a homeless young fella. He never bothered anyone.”

On that day Mr Muldoon, who had cerebral palsy, was complaining of pains in his legs and had his Zimmer frame with him.

At about 10pm Mr Duggan ordered food and it arrived at about 11.20pm. He brought the food home leaving just Mr Muldoon and Mr Dunbar together sitting on the wall. Later, possibly a little before midnight, Mr Duggan looked out his window and saw no sign of Mr Muldoon or the accused but the Zimmer frame was still where it had been earlier beside the wall.

Under cross-examination Mr Duggan told Mr O’Lideadha that Mr Muldoon was a friend and someone who the community would look after. They would buy him food, clothes, shoes and they treated him with respect. He added: “Everybody liked him. He was just one of those people.”

He agreed that the accused was friendly with Mr Muldoon, adding: “I never seen them having any problems.”

He added: “I never knew this would happen. It’s a shock to me and everybody else. None of us knew something like this would ever happen.”

The witness further agreed that Mr Dunbar was caring towards Mr Muldoon as he was towards a member of his own family who has a disability.

Sinead Duggan, a sister of the previous witness, told Ms Whalley that she found out Mr Muldoon was dead the following day. A group of people gathered in her garden including the accused. People were in shock, she said, and couldn’t believe what had happened. She spoke to Mr Dunbar who seemed quiet, which wasn’t usual for him. She added: “He’s normally loud. He likes to be noticed.”

Ms Whalley read a statement by a woman named Deborah Fitzgerald who told gardaí she saw Mr Muldoon walking with the accused towards a football field in Jobstown at about 12.30am, just after midnight, on June 23rd. She noticed that Mr Muldoon had left his Zimmer frame in Glenshane Green and also said that he “looked okay”, didn’t appear to be injured, walked willingly and seemed happy and not under any pressure.

The trial continues in front of Mr Justice Paul McDermott and a jury of six men and six women.