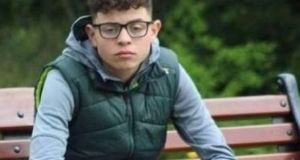 A jury will return to the Central Criminal Court on Thursday to continue considering its verdict in the trial of a teenager accused of murdering another teenager in a Dublin park.

The accused, who cannot be identified because he is a minor, pleaded not guilty to murder but guilty to manslaughter of Azzam Raguragui (18) at Finsbury Park, Dundrum on May 10th, 2019.

The trial has heard a fight erupted between two teenage groups following a row about a stolen bike. During the melee the accused stabbed Mr Raguragui causing his death.

The jury has spent more than five hours considering their verdict since Tuesday.

Mr Justice Paul McDermott told the jury that if the accused honestly believed he was acting in self defence but used more force than a reasonable person would consider necessary, then he is guilty of manslaughter and not murder. However, if the prosecution has excluded the possibility that he believed he was acting in self defence then the correct verdict is guilty of murder.