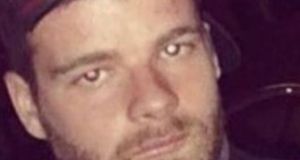 A witness in a murder trial told gardaí that the accused “always had the feeling to kill someone” and that following the fatal stabbing he claimed ‘I know what it’s like to be a murderer’.

The witness, who cannot be identified by order of the court, gave evidence in the Central Criminal Court trial of Philip Dunbar (20), who has pleaded not guilty to the murder of Adam ‘Floater’ Muldoon in Butler Park, Jobstown Park, Tallaght, Dublin 24 on June 22nd or 23rd, 2018.

Mr Muldoon (23), who had cerebral palsy and was homeless, and accused were part of a group that had gathered in the park on the evening of June 22nd.

A row later developed and Mr Dunbar and Mr Muldoon stepped away from the group. Mr Muldoon’s body was found in the park the following morning and he had been stabbed 183 times.

Through his barrister, Giollaiosa O’Lideadha SC, Mr Dunbar has accepted that he must have stabbed Mr Muldoon but has no memory of it.

The witness, on his third day giving evidence in front of the jury, told prosecution counsel Pauline Whalley SC that he remembers giving two statements to gardaí in 2018 about the case.

In the second statement, recorded on DVD, he said that the accused called to his house after stabbing Mr Muldoon and said ‘Now I know what it feels like to be a murderer’.

He further agreed with Ms Whalley that he was recorded on DVD saying of Mr Dunbar: “He had always had the feeling to kill someone.”

Following the witness’s testimony Mr Justice Paul McDermott told the jury of six men and six women that he must deal with a legal issue in their absence. The jury will return on Wednesday.