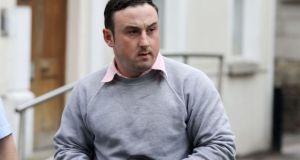 The jury in the trial of Aaron Brady, who denies the capital murder of Detective Garda Adrian Donohoe, continues deliberations at the Central Criminal Court.

The five men and seven women began deliberating on Thursday and spent more than three hours considering their verdicts.

Aaron Brady (29) from New Road, Crossmaglen, Co Armagh has pleaded not guilty to the capital murder of Det Gda Adrian Donohoe who was then a member of An Garda Síochána on active duty on January 25th, 2013 at Lordship Credit Union, Bellurgan, Co Louth.

Mr Brady has also pleaded not guilty to a charge of robbing approximately €7,000 in cash and assorted cheques on the same date and at the same location.

Presiding judge Mr Justice Michael White has previously advised the jury to begin by considering the charge of robbery. He said that if they find Mr Brady not guilty of that charge it would be illogical to find him guilty of the murder charge.

The judge added that if they find him guilty of robbery they must then consider the capital murder charge, which he said is “tricky” because there are multiple possible verdicts.

Mr Justice White told the jury that the prosecution is saying that Mr Brady did not just participate in the robbery but that he shot Det Gda Donohoe. If the jury is not satisfied beyond a reasonable doubt that Mr Brady shot the garda then they should bring a not guilty verdict, he said.

If they are satisfied that Mr Brady shot the detective, the judge said: “For capital murder you have to be satisfied he knew he was a member of An Garda Síochána on active duty or that he was reckless to that.”

The jury could find Mr Brady guilty of murder but not capital murder if they decide that he was the shooter but did not know that he was shooting a garda and was not reckless to whether he was a garda. The judge also pointed out that the defence has raised manslaughter as an alternative verdict. Mr Justice White explained that manslaughter is an unlawful killing without the intention to kill or cause serious injury.