Court says children should be factor in father's rent allowance

Ruling could have significant implications for separated parents’ entitlements 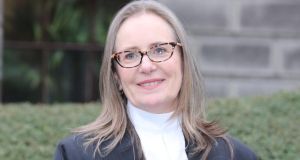 A High Court ruling that the Department of Social Protection must reconsider a decision to grant only single person’s rent allowance to a separated father of four could have significant implications for parents in similar situations.

She found given the joint custody arrangements the children could not be viewed as living primarily with one parent, or having one “primary” carer, as the department’s deciding officer had found. The needs of the children were more complex, had been assessed by their parents as involving joint custody, and could not be met in one location only, she said.

The judge said the department must reconsider its decision in light of her findings.

His solicitor, Moya de Paor, said yesterday her client was delighted with the ruling. She said the effect of the department’s decision to treat the man as a single person when assessing rent supplement meant he had been unable to have any meaningful access to his children since he moved to Dublin.

“This has been very distressing for him and for his children, who have also been denied their right to the care and support of their father,” she said.

“The judgment raises significant issues in relation to fathers’ rights as custodians of their children and, in particular, children’s rights to the care and support of their father.”