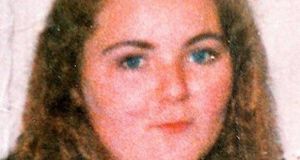 A coroner’s court has heard details of an alleged sex attack carried out by the man suspected of killing teenager Arlene Arkinson.

One of Robert Howard’s victims described how she was left feeling “sick and dirty” after being repeatedly raped while a rope was tightened around her neck.

“I was terrified,” said the victim, in a statement read out during the fourth day of an inquest into the death of Arlene Arkinson at Belfast’s Laganside court complex.

Howard, a convicted child killer, had a lengthy criminal record, which included a string of sex offences carried out across Britain and Ireland over a number of decades.

Arlene, from Castlederg, Co Tyrone, vanished after a night out at a disco across the Border in Co Donegal in 1994. Her body has never been found.

She was last seen with Howard, who died in prison last year, aged 71.

Despite being acquitted of the murder by a jury that was unaware of his long record of sex crimes - including the murder of a south London schoolgirl, Howard always remained the police’s prime suspect in the Arlene Arkinson case.

The inquest also heard how social services had flagged up a possible relationship between 15-year-old Arlene and Howard, then aged 50, to police officers investigating her disappearance in August 1994.

The information was recorded in a handwritten note by Det Constable Gareth Jenkins, then a young constable in the Royal Ulster Constabulary.

He said an Omagh-based social worker had confirmed that a “relationship existed”.

However, Mr Jenkins said: “What sort of relationship that was, without having anything written down, it would be unfair to comment further.”

According to social services, she had a poor school attendance and drank alcohol.

There was also a brief mention of a “relationship” with a second older man.

At the time of her disappearance, Arlene had been living with her brother Martin Arkinson in Castlederg, but had almost been admitted to state care twice.

She had previously gone missing on a number of occasions, staying with her father or another relative in Co Tyrone, but had always made contact within 48 hours.

After two days, family members reported to social services that Arlene was missing, but it was another two days before police were informed, the court was told.

The initial missing person investigation followed two main lines of inquiry - that Arlene had travelled to Birmingham to obtain an abortion or that Robert Howard was involved.

Mr Jenkins said: “It was not a criminal investigation at this stage.

“It was not solely focused on Robert Howard. It also focused on the possible travel to England. ”

Although he was aware Howard had been on bail for serious sexual offences, Mr Jenkins said he was unsure whether he was still signing bail at the time the schoolgirl vanished.

Mr Jenkins said he had done everything he could, but was a junior officer at the time and did not decide the direction of the investigation.

“I would be quite keen for this matter to be dealt with before we start substantive witnesses of fact.

“It would be useful to try and get some clarity.”

Another behind-closed-doors hearing may take place on Friday to discuss the matter, but this has not been confirmed.

The inquest has been adjourned until next week.