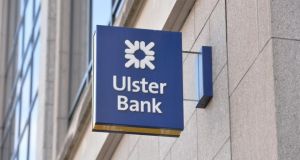 Ulster Bank has issued criminal proceedings against people who failed to pay back money withdrawn fraudulently while the bank was experiencing a software failure, a court has heard.

The details of the other investigations emerged during the sentencing of a care worker who stole over €57,000 from various ATMs across Dublin.

Titilayo Kilanko (38) pleaded guilty at Dublin Circuit Criminal Court to 10 counts of theft from Ulster Bank on June 22th, 2012. She told gardaí ­ she used the money to pay for her father’s kidney transplant in Nigeria.

Judge Martin Nolan adjourned the case for sentencing to next month to allow time for the defence to obtain medical records from Nigeria.

The mother-of-two was arrested a month after the thefts when an Ulster Bank official alerted gardaí ­ to fraudulent transactions on her account. Detective Garda Keith Gorman told Caroline Cummings BL that the withdrawals had all been carried out between midday and 9.30pm.

Det Gda Gorman said it had been “well-publicised” by the bank that there was a software issue on the day, although it was not specified that money could be withdrawn even when there was none in an account.

“News travelled very fast,” he said, adding that Ulster Bank had since issued criminal prosecutions for several people who made fraudulent withdrawals on the day and failed to pay back the money.

Kilanko, with an address at Carrigmore Lawn, Citywest, Dublin 24, told gardaí ­ she used the money to pay a man to donate a kidney to her father. She took a flight to Nigeria with the cash and converted it to the local currency in a money exchange business there.

She said her father, who has since died, was being treated at University College Hospital in Ibadan, Nigeria where he owed €80,000 for treatment and dialysis.

The woman said it was difficult to source kidney donors in Nigeria, but that her sister had found a man willing to donate for €25,000. Her Ulster Bank account was left withdrawn to the tune of over €57,000.

Kilanko has no previous convictions. Feargal Kavanagh SC, defending, said his client “greatly regrets” giving into the temptation of getting money without an overdraft.

“She took it for good reason. She tried to alleviate an emotional, financial and medical situation back at home,” he said.

The court heard it was the anniversary of her father’s death this week.

Mr Kavanagh said Kilanko made full admissions and cooperated fully with gardaí ­ and with the debt collection agency. She has so far repaid €4,600 of the money and continues to do so at a rate of €100 per week.

Mr Kavanagh said that with her family’s assistance, Kilanko was now in a position to increase the repayments to €200 a week as she remains most anxious to clear her debt.

The court heard that Kilanko has two children in their late teens and that she works as a qualified carer for a number of agencies, looking after up to 12 elderly people a day in their homes and earning about €1,200 a month.

Her husband works as a nurse at a well-known Dublin hospital and earns €2,000 a month.

Judge Nolan asked counsel for the defence to provide a doctor’s report or some evidence from the hospital in Nigeria to say that Kilanko’s late father did indeed undergo a kidney transplant.