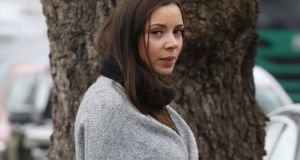 A beautician who injured her buttocks and tail bone when she was thrown from a go-kart during a fun race, has lost a €60,000 personal injuries claim.

Alicia Mikielewska (26) told Judge Terence O’Sullivan in the Circuit Civil Court that her friends feared she was dead after the incident at Kylemore Karting on Kileen Road in Dublin.

Ms Mikielewska, of Mell Street, Kilminchy, Portlaoise, Co Laois, said her helmet had gone one way and a shoe in the other as she was catapulted onto the track.

Peter O’Brien, counsel for Grovepark Services Limited, which trades as Kylemore Karting, told the court that a full defence had been entered to Ms Mikielewska’s claims and negligence was denied.

Ms Mikielewska, who is originally from Poland, said her go-kart had been struck by another driver on the finishing straight as he tried to undertake her, spinning her into a barrier.

She said she sustained a significant impact to her buttocks and tail bone and suffered soft tissue injuries which, for two weeks, had made it difficult for her to sit down because of the pain. She had also complained of pain in the mid thoracic region of her spine.

Ms Mikielewska told Mr O’Brien she had an x-ray and this showed some underlying scoliosis which, in itself, could cause pain. Her pain was consistent with the type of accident that had occurred.

She agreed she had been given a helmet, racing suit and driving gloves all of which she wore and that she had watched a seven minutes long safety video about go-karting. She told Mr O’Brien she had go-karted on several occasions prior to this incident and on each occasion the video, highlighting the risks and dangers of the activity, had been shown.

She said she had been treated at Naas General Hospital and had been told to take over the counter painkillers and anti-inflammatories. She had also under gone physiotherapy.

Cross-examined by Mr O’Brien she said she had made three previous damages claims against insurance companies all of which had been settled for undisclosed amounts. She said that in the previous accidents she had been a passenger in cars driven by others.

Judge O’Sullivan said there were certain risks and dangers attached to go-karting. Ms Mikielewska had participated in the sport on several previous occasions and he was satisfied she was aware of those risks.

She had been torpedoed from the kart which, the court had been told, had not contained seat belts for specific safety reasons.

An expert on behalf of Kylemore Karting had stated the go-kart was treated similar to a motorcycle or quad bike. It was safer that a driver be thrown clear rather than be strapped into a kart that may overturn.

Dismissing her claim, Judge O’Sullivan said she had failed to show negligence on the part of Kylemore Karting but he found her to be a genuine plaintiff and refused to grant an order for costs against her.