Man who had explosives before 2015 Prince Charles visit jailed 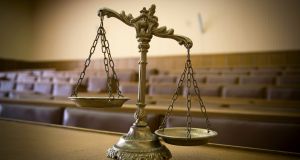 Gardaí stopped a car in Glenfarne, Co Leitrim, because of a report that it had driven away from a filling station in Sligo without paying for petrol.

A man has been convicted of possessing explosives in Co Leitrim days before Prince Charles’s 2015 visit to Ireland .

In May 2015 during a four-day visit to Ireland, Prince Charles and his wife Camilla visited Mullaghmore Co Sligo where his great uncle Lord Louis Mountbatten was murdered by the IRA.

At Carrick on Shannon Circuit Court on Thursday, John Burke (30) from St Mary’s, Singland Cross, Limerick, admitted the unlawful possession of two pipe bombs on May 13th 2015. He was sentenced to 3½ years in prison, with the final six months suspended.

The court heard that gardaí stopped a car in Glenfarne, Co Leitrim, on that date because of a report that it had driven away from a filling station in Sligo without paying for petrol.

At a court hearing earlier this week counsel for the defence, Keith O’Grady BL pointed out that that this happened prior to the visit of Prince Charles in May 2015. Judge Terry O’Sullivan was told on that the driver of the car is due to be sentenced at the Special Criminal Court in Dublin on Monday next.

Det Garda Derek Bonner told the court that gardaí stopped a maroon-coloured Volkswagen Passat at a mobile checkpoint on the N16 between Blacklion and Manorhamilton, after getting a report of a “drive-away” from a filling station on the Bundoran road in Sligo.

Garda Tom Dooner told the two occupants that he was going to search the car and the plastic bag was found under the front passenger seat where Burke was sitting.

The two men were arrested under the Offences Against the State Act. Burke refused to co-operate with gardaí during interviews.

He later pleaded guilty to unlawful possession of the two pipe bombs. The court was told that while his finger prints were found on the Dunnes Stores bag, there was no DNA or other evidence linking him to the items in the bag.

Gardaí also established that the number plates on the car were changed between Sligo and Glenfarne. The officers who stopped it observed the fake plate was attached with hair bobbins.

Judge O’Sullivan was told that the improvised explosive devices or pipe bombs contained a large amount of explosives and were capable of doing serious damage.

Det Bonner told him that they were capable of being used immediately and could be detonated “like a fuse”.

Kerida Naidoo SC for the accused pointed out that this was a situation where there were three unarmed gardaí and two men in a car which contained these items, but there had been no attempt to drive away.

He said the accused had been living in hostels, his mother had died when he was quite young and he led an isolated life and there had been reports of some mental health issues. He was regarded as a model prisoner .

The court heard that Burke had 12 previous convictions, including for theft, criminal damage and assault.

The sentence was back-dated to November 2015 when Burke was taken into custody. Judge O’Sullivan said the pipe bombs were ready for use and could have caused serious damage. He accepted that the offence was in the mid range and said he was taking into account the guilty plea.