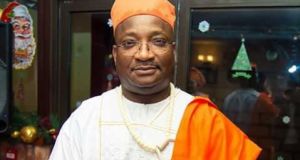 A 55-year-old man has been jailed for three years for carrying out a “barbaric” circumcision without anaesthetic on a 10-month-old boy.

The baby needed urgent medical attention and was hospitalised for two weeks.

Father-of-six, Philip Ogbewe, from Nigeria but living in Ireland 20 years and residing at Green Lanes, Drogheda, Co Louth, used a blade on the infant during a crude cultural circumcision.

The baby was bleeding heavily afterwards and was taken to the Midland Regional Hospital, Mullingar before he was transferred to Our Lady’s Children’s Hospital, Crumlin.

He has made a full recovery.

His mother, who had sought the circumcision, had thought Ogbewe, a grocer and fridge technician, was a doctor, Longford Circuit Criminal Court was told.

“It is a barbaric act of cruelty, there is no question about it, on a 10-month-old, even allowing for cultural norms,” Judge Keenan Johnson had said after hearing the evidence.

He said the defendant had masqueraded as a doctor, “albeit a quack doctor” and he was well aware of the cultural norms in Ireland.

Ogbewe, who called himself Doctor Philip, had been known in his community for carrying out circumcisions, since he was in his mid-teens, the court was told.

It was a tradition in his family going back a number of generations to his great grandfather. Ogbewe had continued performing them while on bail which was revoked in November, the judge noted.

The accused had lived in Ireland long enough to know it was not allowed, the judge said. He noted from evidence that Ogbewe already had made enquiries about the legitimacy of his circumcisions here, and he had been left in no uncertain doubt.

The case arose out of cultural norms and what was acceptable, he had said, adding, “The old adage, when in Rome do as the Romans, has to apply.

He described the offence at the “higher end of recklessness” and “the procedure, on a 10-month-old child without anaesthetic or proper sterilisation, was obviously reckless in the extreme”. A hospital report also described it as botched but Ogbewe thought it was a fantastic job, the court heard.

Ogbewe pleaded guilty to reckless endangerment of life by performing the circumcision on the baby which led to serious haemorrhaging which created a substantial risk of death or serious harm, at the infant’s home in a midlands town on December 4th, 2015.

A second charge under the section 41b of the Medical Practitioners Act for falsely representing himself as a medical practitioner was struck out.

Sentencing had been adjourned until Monday when the judge imposed a four-year sentence with the final 12 months suspended on condition he does not re-offend within the next 10 years.

He has to remain on probation supervision to address his offending behaviour for 12 months after release.

The judge also ordered him to refrain from carrying out any medical procedure of any kind, or from holding himself out as a medical practitioner.

The investigation commenced after gardaí were contacted by staff from the hospital in Mullingar who had been treating the baby for heavy bleeding to the genital area.

Garda Sergeant Paul Carney said the circumcision was carried out in a “crude manner”.

He said the child’s mother had sought a traditional ritual circumcision and had been given Ogbewe’s number.

She paid him €200 when he travelled to her home and performed the circumcision with a small knife. He arrived wearing a stethoscope and the mother told Garda Sgt Carney she thought he was a doctor.

After he left, the infant began bleeding heavily.

Garda Sgt Carney interviewed him and he claimed the woman had pressured him into the performing the circumcision.

When his car was searched, gardaí found his canvas bag contained a surgical blade, a razor blade, thread, cotton wool, Vaseline, and a disinfectant liquid.

A victim impact statement was furnished to the court in which the mother was described as traumatised.

Giollaíosa Ó Lideadha, SC, defending, said his client had regarded himself as an expert, conscientious and qualified but he was now remorseful and ashamed.

A probation report said he was at a medium risk of reoffending.

His client was loved by his family and he had brought a letter of apology to court. He also had health problems and has spent 10-months in custody, Mr Ó Lideadha had said.