Judge throws out ‘over the top’ plastic bag defamation claim

Karina Fowler lodged €75,000 claim after being asked if she paid for €1 bag in M&S store 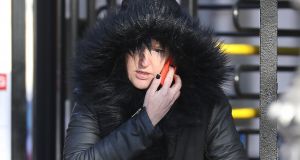 A €75,000 damages claim for defamation, over whether a Marks and Spencer customer had paid for a €1 shopping bag, has been described by a judge as “over the top”.

Judge John O’Connor said in the Circuit Civil Court that a store check-out operator asking someone if they had paid for a bag did not give rise to a defamation action nor did becoming upset at such a question justify a claim.

Karina Fowler, a carer, of Robert Emmet Close, Dublin 8, said she had become embarrassed, shocked and upset when she had been asked at the M&S check-out in the Jervis Street Shopping Centre if she could prove she had paid for the Bag for Life.

When cross-examined by Elizabeth Jane Walsh, counsel for M&S, she denied having started screaming and shouting when the till operator had asked if she should scan the bag. She said she had been the only one in the queue to have been asked.

Ms Fowler said she was a regular shopper in M&S in the Jervis Centre and when she had told the attendant she had brought the bag with her she had been told “Prove It. You will have to produce a receipt.”

She said she had started to cry and had become very upset and after having her purchases scanned had asked for the manager. She claimed the manager had told her she should not have been singled out.

The M&S check-out operator Stephanie McDermott said she had asked Ms Fowler if she should “take for the bag” and she had replied “no.”

She had then asked her if she had a receipt and, when Ms Fowler replied “no” she had said okay.

“The bag was a brand new bag and that’s why I asked her,” Ms McDermott said. “I would normally ask a customer and scan new bags.”

She said it was store policy to scan every bag but she would not do so when it was obvious the bag was an old one. She denied having told Ms Fowler to prove that the bag was hers.

Ms Walsh, who appeared with Miley and Miley Solicitors for M&S, told the court that within a week of the incident the store had received a solicitor’s letter stating Ms Fowler had been defamed and claiming damages.

Dismissing the case, Judge O’Connor said her pleadings had also included a claim that she had been falsely imprisoned and there had been no evidence whatsoever in relation to that. This was clearly “over the top”, he said.

“Clearly Ms Fowler is a sensitive woman and I accept she became upset,” Judge O’Connor said. “But the fact she was upset doesn’t give rise to a defamation action and asking someone had they paid for a bag was not defamation.”

Judge O’Connor made no order for costs but warned that in future claims where there was no evidence of defamation, he would award costs against the plaintiff.