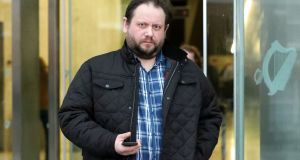 Greater obligations on technology companies to notify gardaí­ of potential child abuse material has resulted in an increased workload for investigators, a court has heard.

Detective Garda Cliff Cullen from the Garda Computer Crime Investigation Unit (CCIU) was giving evidence at the sentencing hearing of a Polish man who was caught with images of children between the age of four and nine being orally raped.

Dublin Circuit Criminal Court heard that Bartosz Kepczynski (43) downloaded the images out of “curiosity” and did not find them sexually arousing. After his arrest he told gardaí ­ he felt ashamed and disgusted by his actions.

Det Garda Cullen told Judge Pauline Codd that “the term ‘child pornography’ is a cold clinical term” which he said does not adequately capture the nature of the offending.

Judge Codd said the images depicted behaviour which was degrading and a gross abuse of innocence and of the bodily autonomy and human rights of children.

Eight still images and and one video file were found on computer equipment seized during a Garda search of Kepczynski’s home in June 2014. The search came after an Interpol investigation detected the downloading of illegal material from that address.

The computer equipment was not forensically analysed until September 2017 due to the backlog of cases, Det Garda Cullen said.

He told the court that the unit was insufficiently resourced at the time but said that an increase of staff and an adoption of work practices had changed this.

“The problem is huge,” he told Judge Codd. He said that while previously the issue was not being dealt with as seriously by tech companies, there were now greater obligations on these companies to notify authorities.

He said this meant more cases were being brought to the attention of gardaí­. He said that cases were triaged and cases in which an immediate risk to a child is identified were dealt with “straight away” and could be processed in a “matter of months”.

Judge Codd suspended an 18 month prison term on condition the defendant continue to engage with sex offender therapy. She noted that a Probation Service assessment placed Kepczynski at a low risk of re-offending. He has no other convictions.