Detective accused of forgery and use of false instrument 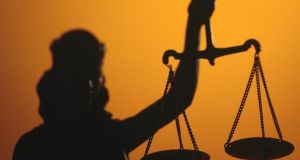 A forensic expert has told the trial of a detective accused of forging a letter from the Director of Public Prosecutions that the letter was a “bad quality photocopied document”.

Insp Michael Moore, who has completed forensic training courses with the US Secret Service and London Metropolitan Police and has 20 years’ experience in the forensic field, testified that he was asked to determine if the letter, dated January 14th, 2004, allegedly from the office of the DPP, was genuine or if it was produced using parts of other documents.

The instrument is alleged to have been a letter from the office of the DPP, dated January 14th, 2009.

The prosecution alleges Garda McGowan forged the letter to “hoodwink” gardaí who were reviewing whether she had acted properly in investigating allegations of sexual abuse by a priest of a teenage girl.

Insp Moore told Alex Owens SC, prosecuting, he found three different fonts used in the letter; there were misalignments on the left hand side and scan lines to suggest at least two other documents were used to produce the letter.

“The scan lines, or shadow lines, suggest a cut document was placed on a photocopier to get an image,” said Insp Moore, adding that it suggests three documents were used to produce the letter.

He said he performed the same exercise with another letter he was given and found the bottom half matched the letter in question.

He said a photocopied letter dated April 2nd, 2009 purported to be signed by a superintendent stationed at Bray, was examined by him in a similar way.

He found that this document had misalignments to the left hand side, that there were scan lines on it to show more than one document was used to produce it and that deposits on the document from the photocopier matched those of the photocopied letter of January 14th, 2009.

“Any dirt on the glass of a photocopier will come out as toner deposits on the document,” explained Insp Moore.

He said when he overlaid both documents the common imperfections of toner deposits matched exactly.

“This proves that both documents were produced on the same photocopier,” he said.

He agreed with Mr Marrinan that he had ascertained that both documents were run off the same photocopier and that they were “probably copied at the same time or close enough to the same time”.

The trial continues before Judge Mary Ellen Ring and a jury of six men and six women.