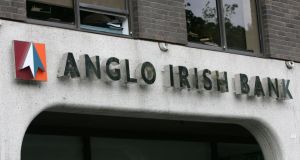 “Lorcan McCluskey told Dublin Circuit Criminal Court he did not agree with amending the facility letters to the 10 men, who had each been lent €60 million in July 2008 to buy Anglo shares, as it could have limited the bank’s return on the loans to the value of the shares rather than 25 per cent of the loan value.” Photograph: Frank Miller


A former Anglo Irish Bank associate director refused to sign letters changing the terms of the loans to the so-called Maple 10 group of lenders as he believed the move would weaken the bank’s capacity to get its money back.

Lorcan McCluskey told Dublin Circuit Criminal Court he did not agree with amending the facility letters to the 10 men, who had each been lent €60 million in July 2008 to buy Anglo shares, as it could have limited the bank’s return on the loans to the value of the shares rather than 25 per cent of the loan value.

Mr McCluskey, an associate director of lending, said he received the instruction in October 2008 from his line manager Michael O’Sullivan, who said he had been advised by Anglo director Pat Whelan that the move had been approved by the bank’s chief executive David Drumm and the bank’s board.


‘Discomfort’
“I voiced my discomfort because I was of the view that it was taking away 25 per cent recourse,” he said, adding that he refused to sign the letters. “It was weakening the bank’s position.”

Mr McCluskey told the court that in July 2008 he was told by Mr Whelan that Anglo was unwinding 10 per cent of the stake the Quinn Group had built up in the bank. He was asked to draft 10 letters outlining the €60 million facility to each of the “Maple 10” and said the work needed to be done quickly as Mr Whelan and Mr Drumm had to meet the men.

Asked by Paul O’Higgins SC, for the State, if this was usual, Mr McCluskey replied that it was not. He said it had never happened before and had not happened since.

A new facility letter was issued in January 2009 reverting back to the original terms of the deal, he added.

Mr McCluskey also told the court he had to leave the Dublin St Patrick’s Day parade in 2008 to go to the Anglo office, where he met Anglo director Willie McAteer to address an urgent need for €20 million to be sent to Bank of Scotland in Edinburgh to cover €20 million of margin calls related to the Quinn Group. He said it was only on the following day, when Quinn Group executives sent a breakdown of their situation, that he learned of the extent of the family’s holding in Anglo.

Earlier, property developer Joseph O’Reilly told the court he met Mr Whelan and Mr Drumm to discuss the Maple 10 proposal while he was on holiday in Portugal.

He said he trusted the bank and thought it was a good opportunity given Anglo had obtained legal advice from Matheson Ormsby Prentice and the deal involved investment bank Morgan Stanley. Mr O’Reilly said he also understood another body was involved, and this was perhaps the Department of Finance or the Central Bank.

“It was as good a team as you could put out there,” he said.


‘Left on the hook’
Brendan Grehan SC, for Mr Whelan, asked Mr O’Reilly if he had been “left on the hook” for about €10 million as a result of the deal. He replied that he had.

Mr Grehan said Mr O’Reilly had believed he could make money on the deal as he was “a businessman, after all”. Mr O’Reilly agreed.

Patricia Quinn, wife of businessman Seán Quinn, told the court her signature was on a letter requesting a €100.9 million loan facility from Anglo but she did not remember signing it. She said she did not know how the money was spent but she understood it was for the purchase of shares.

She said she knew nothing about contracts for difference or shares and had not met anyone from Anglo or other institutions concerned in the deal. She said her role was “at home looking after the children”.