Could the next one languishing, shoeless, in a Garda cell be you? 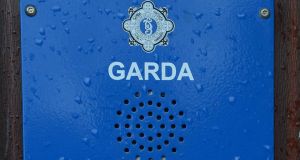 No rational being believes that operational gardaí have an easy job. But they have awesome powers. They can deprive you of your freedom. That’s why accountability is the bottom line.

In all the furore about whether Garda commissioner Martin Callinan was fired or retired, his real legacy is clear: it is the virtual war between what he called “My force. My officers” and the Garda Ombudsman, the citizens’ watchdog.

Take the story of a young woman, unremarkable in jeans and trainers, walking alone across town at 6.30am. A Garda car pulls up and two men jump out. They accuse her of assaulting a male a few streets back, and demand her name and address. Confused and shocked, she asks repeatedly to see the “victim”. They repeat that if she refuses to give her details, they will arrest her. But she committed no offence, she protests, so why should she give her name and address. That’s the offence, they say, clapping her in handcuffs and taking her to a station. She is ordered to remove her shoes and is left in a cell for about 20 minutes before being told to sign an adult caution form.

The options are simple, they tell her. If she fails to sign, she will be taken to court, will likely get a conviction and will not be allowed into the United States. If she signs, she can go home.

Distress
In great distress, she signs. A senior officer enters the room, bringing the number of gardaí to five. Only now is she read her rights. Soon after, her shoes are returned to her and she is allowed to leave. Unlike many young recipients of rough Garda treatment, this young woman is lucky enough to have a line to experts willing to pursue answers.

Although she is terrified of exposing herself to the threat of some purported offence being “reactivated” (it happens), she is anxious to know what lies in her police record. So over many months, a solicitor specialising in criminal law writes repeatedly to the station superintendent requesting copy documents to which every citizen is entitled – her custody record and the adult caution form.

It takes a full year of writing before they are finally received. They disclose no offence. There is no reference to the alleged assault, the alleged pre-condition for the stop. The form she signed states she was “extremely aggressive” to the gardaí (an image so unlikely it makes her and those who know her laugh hysterically).

Meaningless
It seems she was arrested simply for not giving her name and address, says her solicitor. Mandatory later sections of the form have been left blank, indicating her case went no further than the circle of gardaí on duty that night. But such a caution is meaningless unless it is sent upwards to the district office, which it wasn’t. Despite that, the form shows a Pulse identity number, which suggests she is now in the “system”. Should that worry her? Or you?

So what was the point of it all? What price the ripple effect of this story on her wide, overlapping circle of friends, from someone brought up to see the guards as protectors?

Though a tiny incident in the great scheme of things, it illuminates a greater truth. It tells us that despite the much- touted cuts, five gardaí had the time and facilities to generate and pursue a non-incident. It tells us that it takes a highly respected firm of solicitors a full year to extract two simple documents from a superintendent, which means the ordinary citizen hasn’t a hope. It tells us that short-fused gardaí believe they have little to fear from within. And also have little to fear from without, because like many before her, the young woman is too fearful of Garda reach to go public.

This is why the Garda Síochána obstruction of the Garda Síochána Ombudsman Commission matters. And why the next commissioner’s CV must contain a proven, demonstrable passion for police accountability. Because the next one languishing in that Garda cell, shoe-less, could be you.