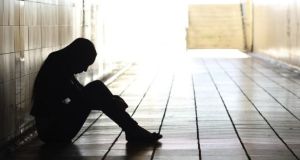 Police in the state of Victoria want to charge him with abusing students at Geelong Grammar school between the late 1960s and 1980. Photograph: Getty Images/File photo

A convicted child abuser has been returned to Ireland after his Australian visa was cancelled, despite police in the state of Victoria wanting to charge him with abusing students at Geelong Grammar school between the late 1960s and 1980.

The 74-year-old man has been convicted of child abuse offences on four separate occasions.

He is an Irish citizen who had never taken up Australian citizenship. Because of this, he was subject to a law change in late 2014, whereby non-Australian citizens convicted of child abuse or jailed for a crime that carries a sentence of 12 months or more are deported to their home country.

When the former teacher was released from Wolston Correctional Centre in Queensland on May 6th, security personnel escorted him onto a flight to Ireland.

Australia’s Border Force agency has defended its role in this despite him being investigated by police. “The individual was not listed as having any outstanding matters with any law enforcement agencies ,” it said .