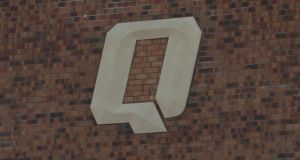 An attempt was made to set fire to two vehicles outside the home of a relative of a director of Quinn Industrial Holdings in Co Fermanagh at the weekend, it has emerged.

Arsonists attempted to burn the vehicle at a location outside Derrylin in the early hours of Saturday, February 15th, according to a QIH spokesman for the Border-based industrial business.

The attempt was captured on CCTV and the Police Service of Northern Ireland is investigating, he said.

The PSNI said detectives were investigating “an incident of attempted criminal damage”.

Det Insp Michael Winters said: “Police received the report at approximately 3am during the early hours of Saturday morning and are appealing for information.

“There was also an attempt to set fire to two vehicles during the incident.

“Thankfully, no injuries were reported and damage was minimal as a result of this reckless act. Enquiries are continuing, and we are working to establish a motive for this cowardly attack.”

The home and family member related to the QIH director has never been targeted before in the long-running campaign of violence and vandalism directed at the management team who took over the running of the business that straddles the Cavan-Fermanagh border.

Family members of the directors of QIH have been included in threats against the businessmen.

The latest attack marks a resumption of violence five months after Kevin Lunney, one of the directors of QIH, was abducted from his home near Derrylin and tortured over a prolonged period in the back of a horse box before being dumped by the side of the road in Co Cavan.

Four men have been charged with the abduction and false imprisonment of Mr Lunney.

Liam McCaffrey, the chief executive of QIH, said that “following the savage kidnap and torture of Kevin Lunney last September this resumption of violence and intimidation is deeply concerning and shows that the perpetrators will stop at nothing until those directing their activities are brought to justice.

“We are enormously relieved that this further attack, again outside a domestic home, was contained without loss of life or serious damage.”

Scores of attacks have been directed at former Quinn businesses in acts of vandalism against the company’s premises since local businessman Sean Quinn lost control of industrial conglomerate in 2011 over multibillion debts arising from his ill-fated investment on Anglo Irish Bank shares.

In the last two years, the campaign has escalated to violent attacks on former Quinn Group executives who at one point reported to and worked for Mr Quinn.

The local management team believed that “a paymaster” had been directing the campaign to put the executives under pressure to return the business to Mr Quinn.

Mr Quinn and his family have consistently condemned the attacks on their former business, denied any involvement and distanced themselves from actions carried out.

John McCartin, a non-executive director of the business, said the quiet five-month period since the attack on Mr Lunney had not brought any comfort to QIH. There had been increased activity in the locality recently that “gave us the impression that things have not gone away”, he said.

“I think it is fair to say that the paymaster who has instigated all of this can stop it at any point. This is just a resumption of business as usual,” he said, condemning the latest attack.

“I just don’t think there has ever been a change in the attitude of the paymaster to the campaign he has undertaken. I don’t think there was anything behind the timing of this [latest attack]. It was just time to get the ball rolling again.”