Pricewatch reader queries: A battery of problems with a new phone

Plus: more unhappiness over travel insurance 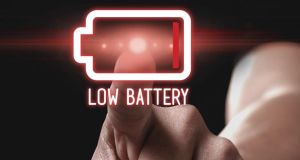 ‘I have had no satisfaction in dealing with the company, and they insist they have to try to repair the phone three times before they will replace it.’ Photograph: Thinkstock

A reader called Carla has been having “serious issues” with an iPhone 6 she bought from Carphone Warehouse in January.

Her phone worked properly for about a month before the battery life began to decrease significantly. Apps then started to crash and would not work at all. She updated the software but this did not help.

“I then started not being able to receive any calls,” she says. “People would call my phone and it would ring on their end but nothing would happen at my end, and I would not even get a missed call notification.

The iMessage system then started to crash. “I could not send or receive messages and the screen would go blank. At this point I brought it back to the store I bought it in, and I was told it would have to be sent for repair, despite the phone only being about three months old.”

Carla says she paid a lot of money for the phone and expected the faulty handset to be replaced.

“Instead, I was given a replacement phone that I paid a deposit of €35 for that did not even work. I had to source my own replacement phone at that point. I collected the phone approximately 10 days later and I took it home, believing that the issues had been resolved.”

Carla connected the phone to her iTunes account and the phone froze on the Apple screen and stayed that way for hours. “I could not use the phone I was paying for to do anything.”

She spent two hours on an online tech support chat to Apple, and the issue was finally resolved by restoring the phone again.

“The phone then worked temporarily. The following day the battery was dying very soon after it had been fully charged. I notified Carphone Warehouse about this. Their reply was unsatisfactory and they told me that ‘the report says it’s fixed’.”

She got on to Apple again. The battery issue has now been resolved, “but iMessage is not working and crashes at least 10 times a day, and I have to reset the phone. I told the store about this issue and they told me the phone would have to be sent away again to be fixed.”

Carla was not happy with the response, given the time and effort she had to put into fixing the phone herself following its previous repair.

“I have had no satisfaction in dealing with the company, and they insist they have to try to repair the fault three times before they will replace it. This seems to go against the Sale of Goods and Supply of Services Act,” she says.

We contacted the Carphone Warehouse and received the following statement: “We are sorry to hear of the inconvenience caused, and, as a gesture of goodwill, we would like to invite Carla back into store where we will replace her iPhone 6 with a new one.”

Last week’s item on travel insurance prompted two readers to get in touch.

David Kane empathises with the reader who took out a “premium” insurance policy only to find out that, after losing about €10,000 worth of stuff in a theft while abroad, restrictions on his policy meant he only got back €350. “Surely a simple standard to dejargonise the policy documents would be to make the insurers provide a ‘lay summary’ attached to the policy outlining how they would cover 20 common events, such as handbag theft, cancelled flights and major illness,” he writes.

Next up is Vera Shaw. “Costs for over-70s are extremely expensive,” she writes. “I have been quoted as much as €800 for multi-trip for two people, with a limit of 70 days on any trip.”

She says that before she hit 70, she was allowed 90 days per trip. “I’m not sure why extra time should cause much of a problem. Over 75s will not be offered any insurance. Maybe it will be a blessing in disguise, as we will travel without it if it’s not available.”

Vera has a policy for which she pays €439. “There is no cover for existing conditions. I have private health insurance with my husband’s ex-employer, and while they may pay for hospital care when we are away, the policy does not state it.”

She concludes by saying that in six years she has never made a claim. “Not sure what they think the over-70s get up to. And would over-75s be stupid enough to travel if they weren’t up to it?”