Expiry dates on gift vouchers to be scrapped under new law 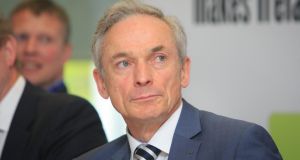 Minister for Enterprise Richard Bruton: the Republic’s consumer law as it stood had ‘too many rules in some areas and too few or none at all in other areas’. Photograph: Gareth Chaney/Collins

A framework for a new Consumer Rights Bill will be published by Minister for Enterprise Richard Bruton this afternoon to address “a basic imbalance” between consumers and retailers and service providers.

Other proposals will seek to introduce information rights for consumers in transactions for healthcare, social services and gambling, including price information for GP and other medical consultations.

Rights for anyone buying services will be strengthened, and for the first time people will have the right to have a substandard service remedied or refunded

A standard 30-day period in which consumers can return faulty goods and get a full refund will be introduced to replace rules on this time period which are unclear, and those who get goods as gifts will have the same rights as those who bought the goods.

Speaking ahead of the publication of details of the proposed Bill, Mr Bruton said the changes were aimed at doing two things.

“And, secondly, to clear up the anomalies and gaps in consumer rights that have grown up through years of overlapping legislation at primary, secondary and European level.”

He said the law as it stood had “too many rules in some areas and too few or none at all in other areas”.

Mr Bruton also said that while a consumer who bought a film on DVD was protected by consumer legislation, one who streams or downloads the same film was not.

The consultation, which opens today, will close on August 28th, with a target for enactment of the new legislation set for the middle of next year.