Emily O’Reilly opens public consultation process due to fears regarding transparency of agreement, which would standardise regulations on products across the board 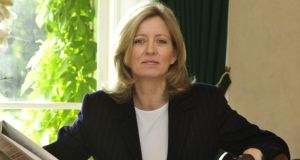 European Ombudsman Emily O Reilly: the process could have “a significant impact” on the lives of EU citizens. Photograph: Cyril Byrne

European Ombudsman Emily O’Reilly has opened a public consultation process on the EU-US trade deal negotiations, arguing that the process could have “a significant impact” on the lives of EU citizens.

Ms O’Reilly yesterday opened a six-week consultation process, inviting members of the public and interested parties to register their views on the proposed trade agreement, which could boost the EU economy by €120 billion a year.

In July, the ombudsman announced that she was to launch an inquiry into the trade deal amid concerns about transparency, calling on the European Commission and European Council to publish more documents connected to the negotiations. While accepting that all negotiating documents could not be published at this stage, Ms O’Reilly said “concerns have been raised about key documents not being disclosed, about delays, and about the alleged granting of privileged access to TTIP [Transatlantic Trade and Investment Package] documents to certain stakeholders.”

As well as removing tariffs on certain exports, it intends to standardise regulations and standards on everything from medical devices to food products, opening up markets for services and public procurement.

But the proposal has led to concerns in some EU countries about the impact of the deal on consumer standards. German chancellor Angela Merkel has already ruled out the importation of chlorinated chicken from the US.

In Ireland, the Irish Farmers’ Association has also raised concerns about the deal, stating that thousands of agricultural jobs could be lost unless the concerns of the livestock sector are fully addressed.

The Government, however, has claimed that Ireland would benefit from the deal, estimating that Irish gross domestic product could increase by 1.1 per cent, while an extra 8,000 jobs could be created.

Minister for Enterprise Richard Bruton has said sectors such as ICT, life sciences, and food and manufacturing would benefit from the deal.

Negotiations between US and EU officials on the complex trade agreement have been ongoing for more than a year. The seventh round of negotiations is due to commence in Maryland, US, at the end of this month. David O’Sullivan, the Irish official recently appointed as the EU ambassador to Washington, will play a lead role in negotiating the deal from the EU side.