Dubliners get up to 50 times less funding than rural dwellers 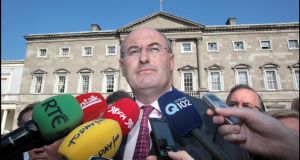 Phil Hogan: Government to defer specifying the proportion of the proceeds of the Local Property Tax to be retained in each local authority until 2015. Photograph: Brenda Fitzsimons

Dubliners are subsidising their country counterparts in the funding of local services by up to 50 times, an analysis by Dublin City Council shows.

Dublin city has been allocated €5.06 per person through the Local Government Fund for this year, compared to €260.47 per person in Leitrim, according to figures compiled by the city council’s finance department.

The disparity is replicated nationally, with urban areas receiving far less funding than rural councils, but Dublin local authorities receiving least. The fund is the main source of money allocated by the Government to local authorities and is largely made up of Local Property Tax (LPT) payments from householders.


Adequate resources
LPT receipts are collected centrally and the sum distributed to each local authority determined by the Government, to ensure areas of low populations get adequate resources.

Minister for the Environment Phil Hogan last March said it was Government policy that from this year 80 per cent of all LPT receipts would be retained in the local authority areas where the properties were based. The remaining 20 per cent would continue to go into a national pot and be allocated to councils on a needs basis.

By the end of the year his position had changed. In October he said “retention of a portion” of LPT receipts at source would begin in 2015. The delay, he said, was to ensure that no local authority was “worse off” as a result of the financial changes arising from the transition of water services from the councils to Irish Water.


Clarification
Dublin City Council wrote to the Minister seeking clarification on the retention of the tax ahead of the drafting of the council’s budget.

In response Mr Hogan’s private secretary Eddie Kiernan wrote last November that while the Government had indicated an intention to move to 80 per cent retention of the tax, it was necessary to “defer specifying the proportion of the proceeds of the Local Property Tax to be retained in each local authority until 2015”.

Chairman of the council’s finance committee Sinn Féin’s Mícheál Mac Donncha said the council had been left with inadequate funding in 2014 and a continuing lack of clarity around future funding and the Government commitment to local property tax retention.

“Obviously there has to be some rebalancing, because rural local authorities wouldn’t have the populations to support services if the tax was only spent where it was raised, but that is why 20 per cent was being retained .”