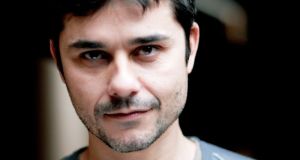 Now in its 28th year, Galway’s Cúirt International Festival of Literature is one of the best arts festivals in Ireland. As well as an array of children’s events, discussions and kitchen readings (yes, Michael Harding will perch by your cooker and read from his memoir), the festival consistently lures big-name writers. Here’s a top 10 for the week.

AM Homes and Elif Batuman
US writer Homes is best known for her modestly titled This Book Will Save Your Life , but her latest novel, May We Be Forgiven , follows the lives of two brothers that splinter apart after a shocking event. Batuman, who is currently working on a novel, wrote the much-praised The Possessed: Adventures with Russian Book s and the People Who Read Them , about her love of literature and learning. Saturday, Town Hall Theatre, 1pm


Mike McCormack and Mary Costello
Two of Ireland’s best short-story writers, with their own connections to Galway, read from their respective collections, Forensic Songs and The China Factory . McCormack’s novel, Notes from a Coma , was recently published in the US. Sunday, Taibhdhearc Theatre, 2pm

Harvill Secker Crime Panel
Stalwarts of Irish crime Stuart Neville and Arlene Hunt (chair) are joined by Sweden’s Arne Dahl and Finnish writer Antti Tuomainen. Ireland has had its own spike in crime writing, but the genre has excelled in Sweden thanks to Jo Nesbo, Steig Larsson and TV series The Killing and The Bridge . Stuart Neville’s most recent novel, Ratlines , explores the lives of Nazis who were harboured in Ireland. Arlene Hunt is the author of seven books, and her last novel, The Chosen , was a chilling account of a manhunter. Saturday, Town Hall Theatre, 6.30pm

Medea Redux by Neil LaBute
Taken from LaBute’s Bash trilogy of one-act plays, the title hints at the influence of Euripides. All three works explore the nature of evil and this play tells the story of a woman’s catastrophic affair with a teacher while she was a pupil. Until Sunday , Townhall Studio, 8pm

Both Heti and Binet’s novels – How Should a Person Be? and HHhH , respectively – explore the idea of literary truth, blending fact and fiction, memoir and novel. Heti’s is a contemporary book that examines friendship, creativity and women’s lives. Binet’s is historical, delving into the assassination of a Nazi leader in the second World War. Thursday , Town Hall Studio, 1pm

Ron Rash and Claire Keegan
This pair of short-story heavyweights are interested in lives that are as remote as the places they inhabit. A film of Rash’s novel Serena will be released later this year. Keegan’s collections Walk the Blue Fields and Antarctica have both a beauty and menace to them. Rash – whose last collection Burning Bright won the Frank O’Connor Award – will read from his new selection of Appalachian tales, Nothing Gold Can Stay . Saturday, Town Hall Theatre, 8.30pm

As well as his comedy pairing with David Baddiel, Rob Newman is the author of four novels. His latest, The Trade Secret , is set in Elizabethan London; the Guardian has dubbed it “bootleg Chomsky”. Saturday , Róisín Dubh (upstairs), 4pm


Keith Ridgway and Ben Marcus
There are no better two authors to tackle this event’s title of “Realism and Surrealism in the Novel”. Ridgway’s experimental Hawthorn & Child was one of the best books of last year, taking risks with form and structure. Marcus is the author of four novels, and once wrote an essay called “Why experimental fiction threatens to destroy publishing, Jonathan Franzen, and life as we know it. A correction”, in response to an essay by Franzen. Friday, Town Hall Theatre, 6.30pm


Carshow
This site-specific work (involving actual car trips), brings a small audience on four different journeys by various playwrights. No two plays or journeys are the same and early booking is advised as there are only 12 seats per performance. U ntil Sunday, Nuns Island Theatre, 6pm and 8pm


Lucy Caldwell and Tishani Doshi
Lucy Caldwell was recently shortlisted for the Kerry Group Irish Novel of the Year award for her third novel, All the Beggar s Riding , about a family and their secrets. Doshi is a poet and choreographer, whose debut novel, The Pleasure Seekers , was longlisted for the Orange Prize in 2010. Friday, Town Hall Studio, 1pm