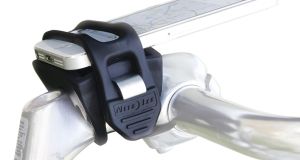 1. Nite Ize Handleband Mount
Given the widespread addiction to our smartphones, perhaps it mightn’t be the smartest idea to make it easy to attach to your bike too. However, if only for practical uses like navigation and Facebook status updates, a Handleband is an easy solution. With an aluminium base and a silicone outer that stretches around your handlebars, it’s simple to put on, fixing upright or sideways. $15 from amazon.com

2. Casio WSD F10
From the G-Shock to its Pro Trek range, Casio has been making rugged watches for an age, though the WSD is its first outdoors Android Wear smartwatch. Waterresistant, with altitude, barometer and compass built-in, its functionality comes from pairing with a smartphone (including iOS). One smart design feature is its dual screen display. It’ll give 30 days on a charge if you set it to watch-only mode. $500, due in April, casio.com

3. Fjallraven Kanken
Swedish brand, Fjallraven (translation: Arctic fox) has been making adventure gear for more than 50 years. Probably best known off the slopes for the Kanken backpack, this is one of its classics. Designed to keep your back straight, it’s got a top handle as well as straps. The one here is tough, but lightweight Vinylon, but they also come in double-waxed G-1000 fabric. €85 for 16l version from basecamp.ie 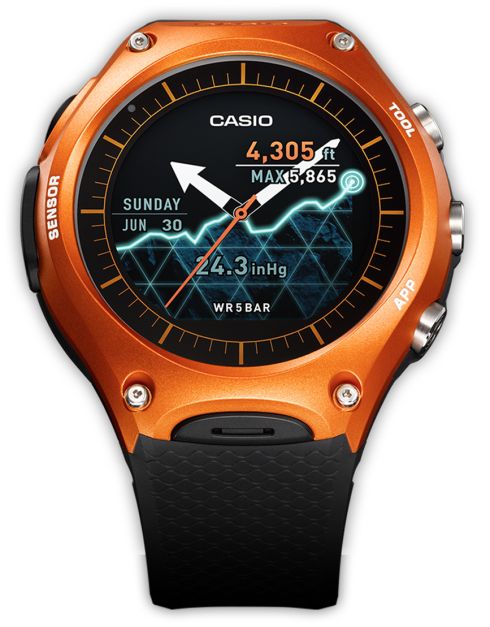 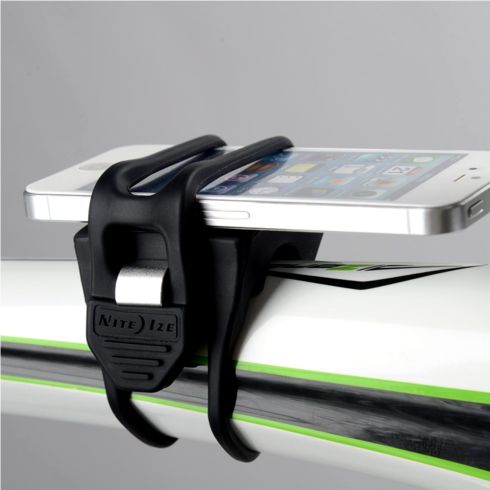