A round up of all the latest travel news 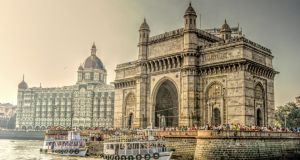 Ireland has been added to the list of countries that can avail of India’s e-visa scheme.

From June 15th, Irish visitors can apply for a visa through the Electronic Travel Authority (ETA) up to three days before travel; they then print off the authorisation and present it to immigration upon arrival.

Ireland is one of 31 countries that have been added to the scheme. It now covers 76 countries and is available at 16 airports throughout India, including Mumbai. The e-visa costs €52 and allows for one single-entry stay of up to 30 days.

A recent survey revealed that the pickiest eaters in the United States were in Los Angeles. Hardly surprising in a city where being in-the-know means knowing what to order off menu, and where: Here are five to try.
Cecconi
(8764 Melrose Ave, West Hollywood; cecconiswesthollywood.com)
Still a favourite with the stars, Cecconi’s menu is Italian (truffle pizza, spaghetti with lobster), but give the waiter a nod and ask for the steak. What cut you get depends on the day, but it’s always grass-fed, organic and expensive.
La Dolce Vita
(9785 Santa Monica Blvd, Beverly Hills; ladolcevitabeverlyhills.com)
A favourite with the Rat Pack in the 1960s, this venerable Italian’s most famous off-menu dish is the spaghetti carbonara – which you can order any time, just as Sinatra did.
Petrossian
(321 N Robertson Blvd, West Hollywood; petrossian.com)
Petrossian is known for its Tsar Imperial Kaluga caviar (30g for $305), but you can order it on a burger during happy hour . . . for $75.
Spago
(176 N Canon Dr, Beverly Hills; wolfgangpuck.com)
Its star has dimmed somewhat, but Wolfgang Puck’s place still attracts big names (Bill Clinton is a fan), who know that just because it’s not on the menu doesn’t mean they won’t make it. Examples include signature dishes such as smoked salmon pizza and spicy tuna tartare.
Willie Jane
1031 Abbot Kinney Blvd, Venice; williejane.com)
This great restaurant offers a tasty version of southern cooking. Go off menu for something memorable, though: the Southern Comfort and hickory smoked sirloin cap ($55) is worth the trip.
Travelling to South Africa with children
South Africa’s strict new immigration rules (which we reported some months ago) will come into effect on June 1st.
Anyone travelling with children under 18 must have either an original or notarised copy of each child’s birth certificate or they won’t be allowed to leave South Africa. Single parents travelling with children less than three months old will also need a notarised letter from the other parent granting permission to travel.
The measures are designed to combat child trafficking, but tour operators have warned they will adversely affect tourists travelling to South Africa.
Party with Mamma Mia
Abba’s Björn Ulvaeus has announced plans to open a new restaurant based on the Greek taverna where Mamma Mia! was set.
Set to open on January 20th, 2016 at the Gröna Lund amusement park in Stockholm, the new restaurant – which will be called ‘Mamma Mia! The Party’ and will serve mostly Greek food – will also feature music and an interactive stage show that encourages audience participation. Ulvaeus said that if the restaurant was a success it could be franchised internationally.
See mammamiatheparty.com 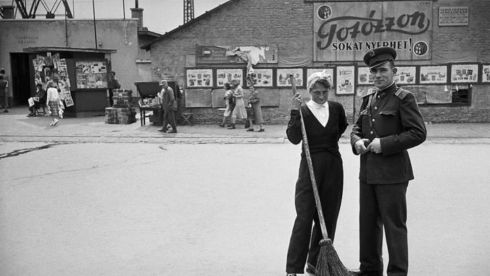 Lessing retrospective
This week saw the start of a major retrospective of the work of photographer Erich Lessing at the Jewish Museum of Vienna.
Called Lessing Presents Lessing and curated by the photographer’s daughter Hannah, the show illustrates why Lessing is considered one of the most important chroniclers of 20th-century Europe.
Included are series of photo-reportages from the Russian invasion of Hungary in 1956 and the reconstruction of post-war Vienna as well as political portraits and landscapes. The show runs until September 8th, after which it moves to the Austrian Cultural Forum in New York City.
See jmw.at.
Direct flights to Washington DC
Aer Lingus kicked off its new direct summer service to Washington, DC yesterday.
The airline’s ninth transatlantic service (an Airbus A330 with the new business class cabin) will operate four times weekly, leaving Dublin at 12.45pm and arriving into Dulles at 3.35pm. The return flight departs at 5.20pm and lands in Dublin at 5.30am.
Lead-in one-way fares are €299 and are valid until June 15th and from September 1st-October 31st. See aerlingus.com
Get away at home
There are some weekend deals still available. The four-star Cullintra House ( cullintrahouse.com) in Inistioge, Co Kilkenny is offering two nights’ B&B plus two dinners for €150pps, and pets are welcome.
The Tower Hotel ( towerhotelwaterford.com) in Waterford city is offering two nights’ B&B , one dinner and reduced green fees at Faithlegg Golf Club or a Museum Pass for €119pps.
Both deals are valid until the end of May. The Brehon ( thebrehon.com) in Killarney has two-nights’ B&B, one dinner and afternoon tea, with shopping vouchers, from €149 to €244pps. Valid until the end of October. 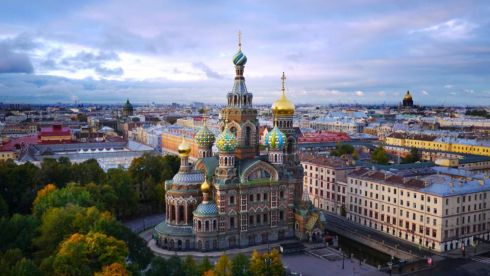