Plus an emergency multitool and The pocket-sized jump starter 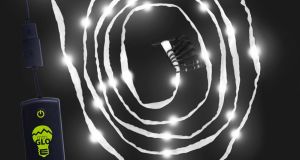 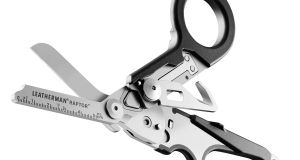 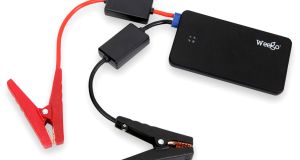 Weego Jump Starter Battery Compact enough to fit in a coat pocket or comfortably in the glove compartment, Weego’s Standard Jump Starter Battery packs a surprisingly hefty punch. The name isn’t just hyperbole: it will jump start almost anything that runs on a 12V battery. So that’d include most petrol engines up to 4.5l (or diesels up to about 2.4l). Obviously that’s good for lots of boats and motorbikes too, and it also works as a power pack to recharge pretty much anything with a USB connection like a smartphone or tablet.

There’s a built-in LED torch with a strobe setting for emergency signalling, and Weego claim it’ll lose less than 5 per cent of its charge over a month’s storage. From $99.99, myweego.com

Leatherman Raptor Medical Shears If the regular Swiss Army penknife or run-of-the-mill multitools are a bit too civilian for you, you might consider adding Leatherman’s Raptor Medical Shears to your travel first aid kit. Primarily designed for the emergency services, it’s got stainless steel shears, a strap and ring cutter, oxygen tank wrench and glass breaker. There’s a ruler on one blade and, being from master multitool-maker Leatherman, it all folds up neatly on itself. And there’s even a holster if that’s your style. €93 from spservices.ie

Big Agnes mtnGLO Light Accessory Kit This lighting rig from US outdoors brand Big Agnes has a strand of low-energy LEDs encased in robust lightweight nylon tubing which softens their glow. Perfect for stringing up in a tent or primitive camping hut, it comes with clips to hang it and stores away in its own Neoprene bag. The kit is 2.5m (about 8ft) long and three AAA batteries will run it for about 24 hours. Or it’ll take a USB power source if you fancy stringing it up at home. $39.95 from bigagnes.com

Why do we feel sicker at night?
5

‘They called her a n***er lover’: Ireland’s interracial couples
9