Also, California fights the drought with plastic cutlery and we have a list of the five best hotels in Cologne 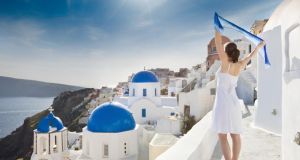 VAT’S YOUR LOT ON GREEK ISLANDS

The Greek government announced VAT increases on islands most popular with tourist from the beginning of the month. Bowing to pressure from creditors demanding an end to VAT subsidies, the rates on six islands, including Mykonos, Santorini and Rhodes, rose from 6.5 per cent to 13 per cent for accommodation and from 13 per cent to 23 per cent for restaurants. Other islands will follow suit in June 2016.

With about four weeks to go to the beginning of Christmas market season, now’s the time to book accommodation. Cologne has Germany’s largest market, and it kicks off on November 23rd. Here are five places worth considering:

This five-star palace hotel has been doing the business since 1863; some of the finer rooms overlook the cathedral, but even those without the city’s premiere view are grand enough to take your breath away. The Hans Stube restaurant is all about Michelin-starred excellence.

An old monastery has been converted into one of the city’s smartest midrange hotels, with pristine rooms done up in an abundance of cherry wood furniture, along with eucalyptus floors and marble baths. It’s also very central to the action.

Funky is the only way to describe this hotel. It uses clashing colours and futuristic, customised furniture to make a high-concept statement about making hotel rooms fun. And it works, even if the rooms are a little small.

Once Europe’s largest water tower, this 140-year-old listed brickwork building has been converted into a snazzily modern hotel, with an elegant rooftop terrace bar and restaurant with terrific views over the city.

A lovely boutique hotel with eight rooms on a side street near the city hall (or rathaus). The look is contemporary chic, courtesy of a recent once over that included a complete redesign of the smallish rooms. Excellent value. 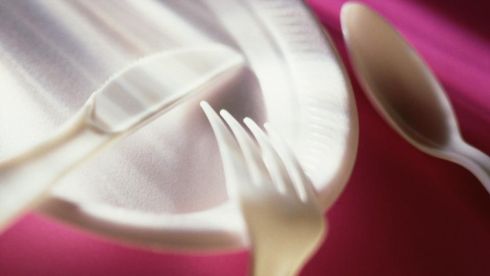 A town in northern California is combating the effects of the ongoing drought by ordering all food outlets to use only disposable plates and cutlery. Fort Bragg, just north of San Francisco, has declared a “Stage 3” water emergency after water levels dropped so low that seawater began leaking into municipal pipes. Restaurant owners are none too pleased, with one complaining: “You might be able to cut a filet mignon with a plastic knife, but you are not going to cut a New York!” The record-breaking drought that affects all of California is now in its fifth year.

DETOX IN THE SUNSHINE

It’s Stoptober, but if the thought of quitting bad habits in inclement weather seems unappealing, you might consider skipping off to Puerto Banus, near Marbella, where luxury retreat Healthouse Las Dunas runs a series of detox programmes aimed at restoring the mind and the body. Each programme - from quitting smoking, or losing weight to eliminating stress or staying youthful - includes sessions with a consultants, such as dieticians and psychologists. Massages, acupuncture, exercise programmes and all meals are included, as is luxury accommodation. All seven-day packages cost €2,400 each; see healthouse-naturhouse.com 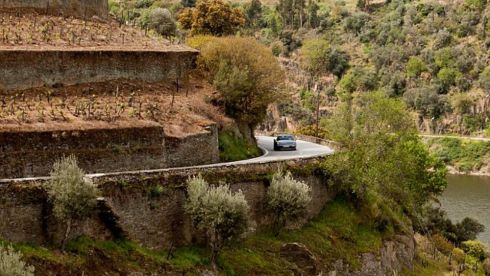 TOP OF THE DRIVES

A 27km stretch through Portugal’s Douro Valley has been labelled the world’s best driving route in a new list compiled by Avis. The N-222 from Peso de Régua to Pinhão has amazing views of the terraced hillsides, but what makes it the perfect car journey is its right mix of bends, acceleration, cruising and braking: the ADR, or Avis Driving Ratio. Other roads with a better than average ADR (and great views) include the 74km bit of Highway 1 between Castroville and Big Sur in California; the 16km-long A535 “Cheshire Drive” between Holmes Chapel and Alderley Edge in the UK; the 28km Flüela Pass from Davos to Susch in Switzerland; and the “Route Napoleon”, a 63km stretch from Antibes through the Alps to Grenoble, so named because it follows the road taken by Napoleon on his return to France, in 1815, after his exile in Elba. No Irish routes made the top 25.

The Glenlo Abbey Hotel (glenloabbeyhotel.ie) in Co Galway has a midweek Golden Escapes package that includes three nights’ B&B, one dinner, cream tea and tickets to Kylemore Abbey, for €269 per person sharing (€199 in November and December).

Castle Leslie (castleleslie.com) has a two-night romantic B&B break that includes dinner, a spa treatment and a horse trek for €365 per person sharing, valid weekends only until November 15th.

The Powerscourt Hotel (powerscourthotel.com) has a Rugby Getaway deal for €365 per person sharing that includes B&B, a spa treatment, manicure or pedicure, dinner and champagne. 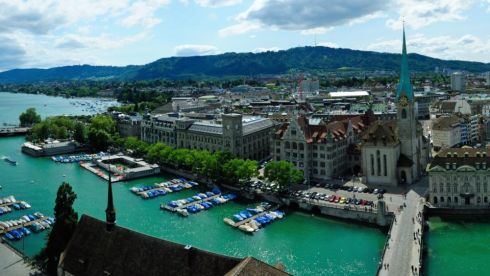 Elegant hotel near the opera house with a female-only spa and rooftop terrace.

Swiss cuisine in all its gourmet goodness, with traditional dishes like Pizokel as the house speciality.

Marc Chagall contributed all but one of the stained glass windows (Giacometti did the other) in this gorgeous 13th-century cathedral.