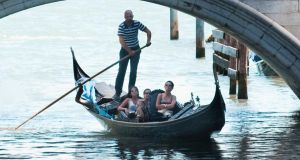 An admission charfge is being considered for tourists visiting Venice Photograph: Getty Images 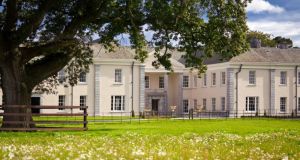 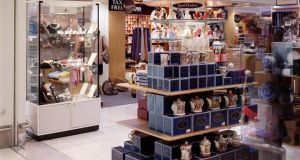 Ireland departures and arrivals at Heathrow Airport have moved to Terminal 2, where you can now avail of a personal shopper service

Admission charges being considered for Venice
The Italian government is considering a novel way of dealing with overcrowding in Venice: an admission ticket. Undersecretary of Culture, Ilaria Borletti Buitoni, has suggested charging day-trippers an as-yet undetermined fee to get into the city, referring to day visitors as jackals who are picking Venice’s cultural corpse clean and suffocating the city. Exempt from the charge would be anyone who overnights in the city and visitors under the age of 25. But it’s not all bad – anyone paying the admission fee would have free access into one city-managed museum.

Car hire sharp practice under review
The days of wildly differing car hire prices may soon be over, following the European Commission’s decision to tackle discriminatory practices in pricing. Customers are being charged different rates depending on what country they’re in, and the commission highlighted the practice of automatic rerouting of booking requests following the identification of the consumer’s IP address. The IP address may also prevent the customer completing a booking online and so make it impossible for them to avail of the car hire firm’s advertised best deals.

One German customer, trying to book a car in the UK, saw the price double once he entered that he wasn’t a UK resident.

Enterprise, Goldcar and Sixt have so far provided “satisfactory” responses to the Commission’s letter, but Avis, Europcar and Hertz failed to respond with an “effective and comprehensive review” of its practices. In their defence, Avis and Hertz have said that they are fully compliant, but Hertz also added that it “will further improve its online booking system to facilitate the ability of consumers to shop for the best deal across our websites, by early September”. The commission has given the three companies until August 30th to address its concerns.

Shopping at Heathrow
Eye-catching sculptures, a Heston Blumenthal signature restaurant, a John Lewis outlet and shorter distances to departure gates ... Heathrow’s new Terminal 2 aims to make hanging around an airport a more pleasant experience. There is also a Personal Shopper service, where staff will help you pick out the perfect gift from a specially curated selection, while you sit around with a glass of bubbly.

If there’s time, they’ll even accompany you to shops in other terminals. Appointments are free and must be booked at least 48 hours in advance. See heathrow.com/personalshopper

FIVE THIINGS TO SEE AND DO IN VALENCIA
Next Wednesday is La Tomatina, when 30,000 revellers go mad with 130,000kg of ripe tomatoes in Buñol, 40 km from Valencia, Spain’s third-largest city. Here are five things to do that don’t involve tomato sauce:

Cathedral (Plaza de la Virgen; admission €5) The city’s 13th-century cathedral is said to house the Holy Grail, but even if the Roman era agate cup isn’t actually the chalice from which Christ drank at the Last Supper, you can be wowed by the stunning Gothic chapel it is kept in. Another chapel has two beautiful paintings by Goya.

La Lonja (Calle de la Lonja; admission €2) This one-time silk and commodity exchange was built in the 15th-century and is now a Unesco World Heritage Site. Inside this fine example of Gothic architecture is a beautiful hall of colonnades.

Mercado Central (Plaza del Mercado; mercadocentralvalencia.es) Plant yourself in the tapas bar at the heart of Valencia’s vast, Modernist market (it opened in 1928) and take in the wonderful aromas – virtually every imaginable foodstuff is available.

UBER NEIN DANKE
The Berlin state government has banned private taxi booking app Uber on the grounds of passenger safety. The Berlin senate said using “unverified drivers in unlicensed vehicles” was an unacceptable risk, but also added that “protecting the taxi business also plays a roll”. The US-start up operates in 43 countries, including Ireland, where it introduced a low-cost UberX service to Dublin in June, using mostly licensed taxi drivers at lower rates than metered fares. Taxi drivers in London and Barcelona have protested against the service.

Carton House’s September deal offers a one-night break with dinner from €119 per person, which also includes a €20 spa or golf credit. A two-night B&B stay with dinner will cost €180 per person. Family rates start at €508 for a room that sleeps four. See cartonhouse.com

MICRO-GUIDE: LYON
STAY Jardin d’Hiver (10 rue des Marronniers, guesthouse-lyon.com; double from €140). There’s no lift to this third-floor B&B in the heart of the city, but it’s worth the effort.

DO Traboules (Vieux Lyon). The traboules, or secret passages, cut through the old city.

DEALS OF THE WEEK
€539 MARRAKECH: Four nights in four-star Kech Hotel, just outside the Medina. Includes flights from Dublin, transfers and tour of Marrakech with a guide. From September 17th-21st; see orienttravel.ie