The multicultural, diverse city never runs out of places to explore 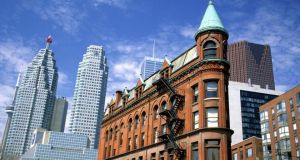 Toronto, Canada is a city of contrasts. Photographs: Ian Willms 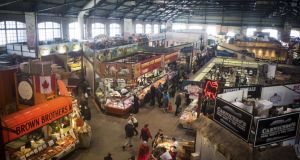 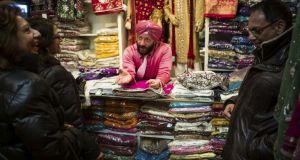 When I tell my friends in Toronto how much I love their city, they often say, “Really?” I always assume they imagine I’m just trying to be gracious, or perhaps – with characteristic Canadian modesty – they’re reluctant to acknowledge how easy their city is to love. But they also have a great deal of justifiable civic pride and a clear sense of why Toronto is such a special and unusual place to live in and visit. There’s more to this understated city than many people might realise.

It’s a great walking town and part of what makes it so much fun to explore is the range and variety of the neighbourhoods in which the city takes pride, and which have resisted homogenisation – from Yorkville, with its fashionable shops and department stores, to Old Town, where you can find the St Lawrence Market, an immense covered structure offering a huge selection of food and crafts and where, on Saturdays, local farmers sell their produce. Some of the neighbourhoods are known for their architectural beauty: the charming Victorian houses along the tree-lined streets of Cabbagetown, originally a working-class Irish enclave; the attractive brick mansions and neo-Gothic cottages of the Annex, a district of artists, professors and students who attend the nearby University of Toronto; the brick rowhouses and manicured lawns of Roncesvalles and the mansions of Forest Hill.

But when Toronto natives talk about their neighbourhoods, or when I rave about the areas in which I most like to spend time, we’re more often referring to those places populated by a particular immigrant group, or districts in which very different populations live side by side.

In Kensington Market, one of the city’s most diverse and fascinating places, this mixture is humorously reflected in the name of a Jamaican-Italian restaurant: Rasta Pasta.

In fact, Kensington Market – within walking distance of the entertainment and business districts and close to most of Toronto’s major hotels – is a prime illustration of how Toronto ticks. Because within just a few blocks, you can get a vivid idea of how smoothly and gracefully the city succeeds at simultaneously dissolving the borders between disparate cultures and preserving what’s best and most valuable about each one.

At Nu Bügel, you can sample wood-fired bagels (the sesame is a standout) baked by a family of Venezuelans; a bit further down Augusta Avenue, two empanada (stuffed bread) shops are directly across the street from each other, and nearby is a choice of restaurants in which you can enjoy French-Caribbean cuisine, tacos, sushi, and pastries and vegetarian fare at the popular Wanda’s Pie in the Sky.

On Baldwin Street, not far from Spadina Avenue, there’s a Middle Eastern grocery, a Jamaican gift store and an Ethiopian spice market.

And near the intersection of Augusta Avenue and College Street is Caplansky’s, where the pastrami and corned beef (they’re called smoked meats here) rival any to be had at New York’s legendary delis.

As much as, if not more than, any North American city, Toronto celebrates its multicultural heritage. There is an online multicultural calendar that lists the lectures, religious and national holidays, and street festivals sponsored by the city’s range of communities. Often, it strikes me that the city is more successfully integrated than the cities of its neighbour over the border.

Of course, even the most naïve tourist has only to glance at the newspapers or catch a few minutes of the nightly TV news to learn that Toronto has its share of poverty, prejudice, gang violence and political scandal; my most recent visit there coincided with the embarrassing revelations and the furore over the drug use of the controversial mayor, Rob Ford. Some complain that Toronto is too proper, too predictable, too staid, that it lacks the joie de vivre of Montreal. But casual travellers and most long-term residents agree that the city’s pleasures outweigh its shortcomings, that its streets are clean and safe and that its people (2.6 million in Toronto; 5.6 million in the metropolitan area) are polite, pleasant and helpful in ways that can sometimes startle those of us who come from somewhere else.

At restaurants in Toronto, I notice racially and ethnically mixed groups of friends even more often than I do in New York neighbourhoods celebrated for their diversity. I see a much wider variety of visitors to the city’s excellent museums: classes of children lying on the floor and drawing at the Royal Ontario Museum, which features stellar collections of Asian and Middle Eastern art and of Canadian painting, and at the Art Gallery of Ontario, where popular recent exhibitions have included shows of Ai Weiwei’s work and of ephemera connected with David Bowie’s career.

Everywhere, glimpses of residents going about their daily routines – the Sikh policeman directing traffic, the Vietnamese and Filipino reporters broadcasting the TV news, novelists from the Caribbean reading their work at the city’s annual International Festival of Authors – testify to the welcome that Toronto has given the immigrants who have sought refuge here.

One paradox of Toronto is that even as the city enables new arrivals to assimilate into Canadian life – people talk about how a certain neighbourhood was originally home to immigrants from one area, who then moved on to a more prosperous district, making room for the next wave of people from somewhere else – its ethnic neighbourhoods are strongly evocative of their residents’ countries of origin, and the shops (and most notably the restaurants) seem more authentic than they do in other cities to which immigrants have imported their culture and cuisine.

Consequently, the truth is that what I really like to do in Toronto – besides walking around and exploring – is to eat. There are places to which I return on each visit, new places I discover each time, and others I mean to try, don’t get around to, and vow to return to, on my next trip.

So what happened was what always happens: the day before I was scheduled to leave Toronto, I kept hearing about the places I’d failed to visit, things I hadn’t had time to do. As always, it made me sorry that I was about to leave. And all I could do was to say what I always say: I’ll simply have to do all that, the next time I return.

GET THERE
From April 14th, Aer Lingus will fly direct from Dublin to Toronto, daily in summer and four times a week in winter. Summer fares from €239 each way