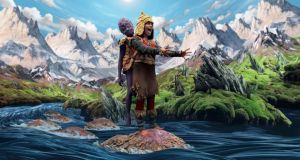 Still from ‘Wanderlust’ by Encyclopedia Pictura, part of the Bjork exhibition opening at MoMA, New York, on March 8th 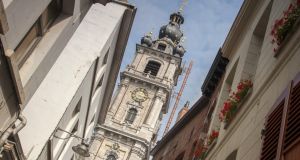 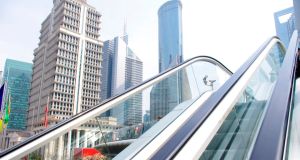 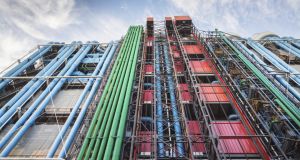 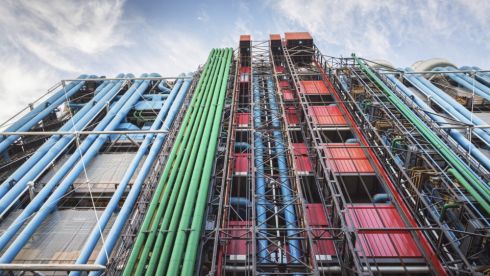 The Jeff Koons retrospective won over the critics in New York, now it’s at the Pompidou, Paris, until April 27th (centrepompodou.fr). Go, then get over the kitsch glitz at the reopened and expanded Picasso Museum (museepicassoparis.fr). Also head for the Centre Culturel Irlandais, where Cleary Connolly’s Meta Perceptual helmets give you animal eyes until February 20th (centreculturelirlandais.com). Stay in the Marais at the quirkily opulent Bourg Tibourg from €180. bourgtibourg.com 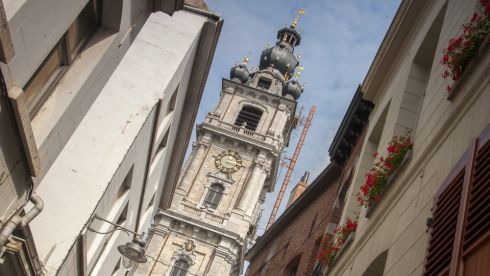 The Belgian City of Mons is European Capital of Culture from Jan 23rd. Expect an array of exhibitions and events, plus some fun installations appearing in and around the charming central square – including one of the Europe-wide exhibitions marking Vincent van Gogh’s 125th anniversary at the BAM (bam.mons.be; mons2015.eu/en) Fly to Charleroi. Stay at Hotel St James from €83 single. hotelstjames.be 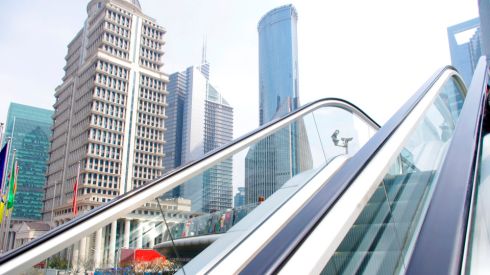 Head to New York in spring for the art fix of the Armory Show, where the world’s leading galleries show off, making for magnificent art – and people – watching. It’s on from March 5th to 8th (thearmoryshow.com). Then catch the Bjork exhibition at MoMA, which opens March 8th (moma.org) and promises to be wild. For a full art extravaganza, stay at the Gramercy Park, which has its own wow of a collection, from €225 pps. gramercyparkhotel.com

Yorkshire
On 500 acres, The Yorkshire Sculpture Park won the Art Fund’s Museum of the Year last year. From March 7th to September 6th there’s a major Henry Moore exhibition to make the walking even more wonderful (ysp.co.uk). Fly to Leeds-Bradford. Stay at the nearby Old Manor House B&B from €32pps. Phone 0044 1924 830324.

Venice
Venice is the centre of the art world from May 9th until November 22nd, as the 56th Venice Biennale fills the city with wild and wonderful contemporary works. Head to the Giardini for a concentration of national pavilions, then explore further to discover art in palazzos, on boats and in secret squares (labiennale.org). Ireland will show Sean Lynch’s work. The Ca’ Maria Adele is central, romantic and costs from €225pps. camariaadele.it

New York
New York, New York – so good we recommended it twice . . . It’s worth it because the New York Botanical Garden is showing Frida Kahlo, with a major exhibition and special focus on her love of nature – including a re-imagining of Kahlo’s studio and gardens in Mexico. It runs from May 16th to November 1st (nybg.org). It’s in the Bronx, but it’s more fun to stay downtown and subway up. The Shelburne in Murray Hill has a nice roof terrace. From €333 per person. affinia.com

Edinburgh
Edinburgh is festival capital of the world, and the arts are catching up. The Edinburgh Arts Festival (edinburghartfestival.com) usefully coincides with the famous Fringe (edfringe.com) and has a growing reputation. Catch art as well as all the usual comedy, drama and general mayhem. Exhibitions, spectacle and events take place across this beautiful city from July 30th to August 30th. Motel One will put you right in the heart of everything from £79 (€100) per room. motel-one.com

Florence
Florence is Renaissance art heaven year round, but the Strozzi Palace (palazzostrozzi.org) has a strong programme of exhibitions. From September 26th to January 24th, 2016, Divine Beauty looks at modern sacred art from Gauguin to Fontana, via Picasso, Van Gogh, Rodin and Munch for a fascinating counterpoint to all those Uffizi Gallery angels (uffizi.com). Stay just round the corner in the atmospheric and lovely Hotel Helvetia & Bristol from €188ps. niquesahotels.com

London
Frieze sculpture park in London sees the mega art fair set up its tents and sculptures in Regent’s Park from October 14th to 17th (friezelondon.com). The city’s museums and galleries put on a big splash at the same time, so see also The World Goes Pop, a new look at pop art from Tate Modern, running September 17th to January 24th, 2016 (tate.org.uk). Quirky and charming, Hazlitts is in the heart of arty Soho, from €260 per room. hazlittshotel.com

Miami
The Basel art fair is one of the most important on the calendar, but it’s more fun when it goes to Miami each December. ArtBaselMiamiBeach is a round of parties, spectacle, art world extravagance, and some jaw dropping art too – alongside the shiny tat that inexplicably sells for millions. It runs from December 3rd to 6th (artbasel.com). Don’t miss a thing by staying at one of the hub hotels: the Shore Club, The Miami Beach Edition and the Delano are the hottest, but be prepared to pay. edition-hotels.marriott.com; morganshotelgroup.com

Travel tip
Where possible, book museum and exhibition tickets in advance. We’re not used to it in Ireland, but people will queue round the block to see art shows, and many sell out in advance.