My Health Experience: It’s business as usual at home despite our heart conditions 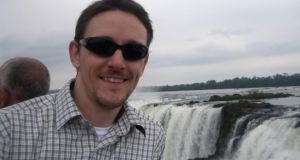 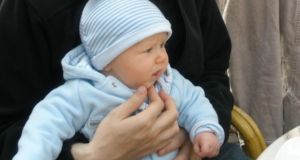 David Moran and his son: Both father and son were diagnosed with Hypertrophic Cardiomyopathy, but both have learned to live with their heart conditions.

My son was diagnosed with Hypertrophic Cardiomyopathy which is a thickening of the heart wall in October 2012. My wife, Ciara, and I were very angry when we found out, which I think is a natural reaction for any parent when you feel incapable of taking care of everything for your child.

After we got over the initial shock of how it would change his life; my wife and our daughter and I got tested straight away at the Family Heart Screening Clinic (FHSC) in the Mater hospital and it was found that I had the same condition.

Prior to diagnosis I didn’t feel unwell at all and never had any symptoms other than the odd fleeting sense of dizziness after running which would last a couple of seconds and be gone just as quickly.

I played sports quite seriously from the age of 12 for 15 years or so and more casually for the past 10 years so never once thought there was anything wrong.

However, considering that my son was diagnosed first, it wasn’t a shock when I found out I had it. I just accepted it quickly and moved on. It hadn’t impacted on me when I didn’t know about it so I felt there was no sense in being upset about it.

I just felt it was a problem that, between me, the FHSC and the surgeon we could manage and I could carry on as normal, with just a few minor changes to my lifestyle.

But I was sent for an MRI scan in Blackrock where fibrosis of the heart was also discovered and on returning to FHSC for further discussions, it was felt that the best course of treatment would be to have an Implanted Cardioverter Defibrillator (ICD) fitted.

I was put on the waiting list and after a couple of weeks’ notice I went in late one Friday afternoon, had a couple of tests and then off to the operating theatre for the procedure.

I was back up in my room an hour or two later and got out the next day.


No driving
Straight after the procedure, I wasn’t allowed to drive for four weeks which I thought would be tough but as it turns out, I physically wasn’t able to move that much anyway so I got to sit around and be looked after for a few weeks.

Since then, I’ve had to stop participating in contact sports because if the ICD gets a hard blow to it, it could dislodge the wire to my heart and would mean I would need another procedure to have it reset.

So instead I walk as much as I can. We have a Labrador who needs lots of walking so she gets more than her fair share of exercise. The ICD box can take a few months to settle in the chest but once it did, I got back to normal.

Over the nine months since I’ve had it done, it’s been business as usual at home for both me and my son who runs about the place just as he did before we got the news. And the good thing is now we know that we’re both protected to some extent from having a heart attack.

When my son was first diagnosed he was put on a beta blocker which took him about three months to get used to – it totally wiped him out initially and he wasn’t the same little boy we knew before.

But he’s now completely back to normal and although he is restricted from organised sports where his heart would be at a constant high rate, he plays about like any other young child and when he is older we will try to steer him into other activities like scouts or music and art so he won’t feel that he’s missing out.

My advice to anyone who has just been diagnosed with a heart problem is to take stock and read everything you can get your hands on about your condition.

When you find out you have a heart condition, you obviously think it’s bad news but you soon come to realise that it’s better to know that you have it and be able to manage it than for it to catch you unaware.


You can donate to the Mater Heart Appeal at materfoundation.ie or by calling 01 830 3482.