That’s Men: Pre-marriage counselling addresses even the most basic of everyday issues

Here’s a pattern that relationship counsellors see a lot: couple enters the room, led by the woman. They sit on the sofa with the man sitting as far away from the woman as he can, looking unhappy.

Sometimes he leans away from her so far that, if he is not careful, he could fall of the sofa.

How different it could all be if they had gone for couple counselling before they got married. Then, both would be bright-eyed, bushy-tailed and eager to listen to each other’s point of view.

You may think I’m mad but premarital counselling is beginning to be offered in the United States.

Counsellor Annie Block Pearl told cbsnews.com that her clients range from couples getting married for the first time to those who have married many times and don’t want to repeat the mistakes that got them divorced again and again.

I would have thought that would be a difficult conversation if the prospective new spouse was in the room – (I just want to make sure you’re not like all the others, dear). On the other hand, it’s a great deal better than coming along seven years later declaring: You’re just like all the others, you so and so.

Multiple marriages
In Ireland, you have to be separated for four years before you can get a divorce so it’s not all that easy to have multiple marriages in this country.

Then there are the really big questions such as: whose mother will we go to for Christmas?

Scoff if you like, but these are all issues that fan the flames of marital discord later on.

But why stop there? If you agree that you do, in fact, want to have children, then when the time comes you might consider pre-birth counselling. I’m not joking. Take a look at mindfulbirthing.org for an example.

First-time parents have lots of fears around birth. For the man, the birth of the first child can leave him feeling pushed aside as the new baby takes pride of place. All these issues can be discussed with your pre-birth counsellor.

But other types of counselling may be equally important. For instance, as the offsprings’ teenage years loom, might parents benefit from counselling on how to navigate the coming storms?

If you think this is all terribly silly and unlikely, let me inform you that some years ago the BBC offered counselling to programme crew who had been filming a historical documentary about the Dunkirk landings.

Note that these people were not actually present at the Dunkirk landings when they happened; those landings were very traumatic at the time for many soldiers who got little or no therapeutic help.

No, the BBC crew had simply made a programme about it 50 years later.

I expect that whoever came up with that particular idea may very well be an exponent of premarital counselling, not to mention pre-birth counselling.

“Our final meeting will be a subtle energy acupressure session prior to the ceremony that will align and attune your chakras so that you can be fully awake and aware for your special day.”

All of which beats the Irish approach of drinking our heads off to relieve the stress of the big day.

Meanwhile, Block Pearl’s clients are happy, judging by testimonials on her website, annieblockpearl.com.

And let’s hope they never have to become that sulking couple sitting as far apart from each other as they can get.

Padraig O’Morain (pomorain@yahoo.com) is a counsellor accredited by the Irish Association for Counselling and Psychotherapy.
His book Light Mind – Mindfulness for Daily Living is published by Veritas. His mindfulness newsletter is free by email. 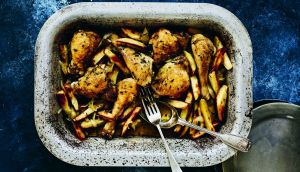 Without visitors, my home became an empty doll’s house
5