Your serve: the reader replies to The Irish Times Women’s Power List 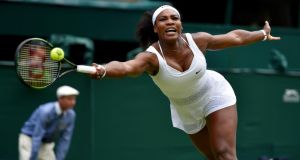 The Irish Times produced a Women’s Power List recently because, first, we’re worth it and, second, the BBC’s Women’s Hour radio programme had done one. Like most lists, ours was compiled by the unelected and the unrepresentative, so we asked readers to add their own nominees.

You added a raft of super impressive women to the Irish Times list. Before we get on to your additions, though, we should note that you HATED the picture used with the Power List. 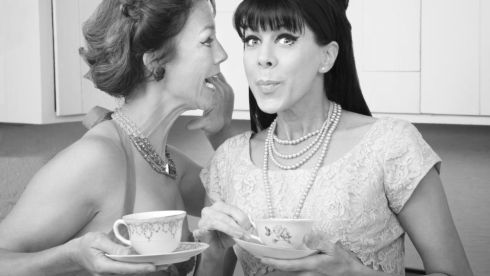 Women and power and tea: The picture that some readers hated

@IrishTimesLife @amcteirnan This image is such a shame even if ironic. Did it have to be women gossiping in a kitchen?

Angela Holohan thought that the image did absolutely nothing to suggest powerful women.

@NWCI @amcteirnan definitely not these two Stepford Wife types in this image - suggests tea and gossip!

Claire Nolan couldn’t bring herself to read the article after she clapped eyes on the illustration. “This is the photo you choose? There were no beauty queen photos available?” she asked.

Meanwhile, Norah B (@TalentCoop) thought the list would “patronise women”.

Jeanne McDonagh thought it actually celebrated women and the pair agreed to disagree. Norah went on to write a blog about the whole Irish Times Power List experiment.

“I’m discouraged by a perception such lists recognise ‘celebrity’ rather than those deserving of recognition,” she wrote.

“In a country like Ireland, with a population about half the size of London and where there are so many fantastic women, I questioned whether the real Power Women would be overlooked.

“Successful women who achieve miracles daily in families, communities, society to make the country and world better by their efforts. Women who inspire by their actions and by their results, demonstrate they are truly powerful.

Norah had her own suggestions of women for inclusion and you will see them later.

Meanwhile, lots of you had suggestions.

“I nominate Micheline Sheehy-Skeffington (below) for leading and supporting the struggle for gender equity at NUI Galway. And, her grandmother, Hanna Sheehy-Skeffington, for inspiring generations of women in Ireland and around the world to fight for justice and dignity,” wrote Dara Culhane. 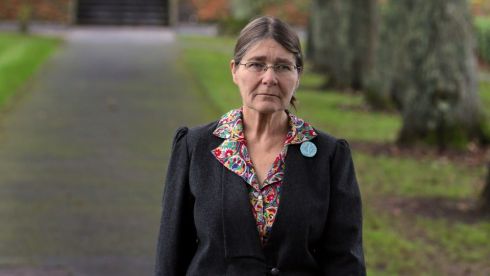 “I’d like to add Moninne Griffith who built and led the grass roots movement to get the vote out for Marriage Equality. If not for her efforts the vote may have been a lot closer and the equality supporters may have not had the victory that they deserved . . . and that all of Ireland deserved. She is a modern day hero and a humble one at that,” said RabbiKris.

“I’d like to add Louise Bayliss (below) and the members of Spark (Single Parents Acting for the Rights of our Kids),” wrote Clara Fischer. “As they’ve tirelessly campaigned on behalf of lone parents in the face of incredible injustice to put the lone parent cuts on the national agenda. Their activism is about empowering marginalised women and children rather than amassing power for the mighty few – surely this is what a women and power list is all about?” 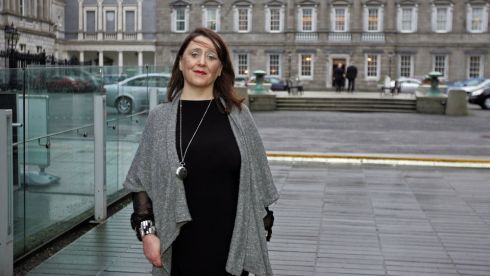 Meanwhile, @FraffieB wanted all the women living in Direct Provision named on the list.

Bernadette Walsh thought Rose of Tralee Maria Walsh should be on the Irish Times Power List. Others of you wanted to observe the feminist mantra and make the personal political.

June Reidy suggested that her aunt should be on the list. “My aunt was the first female head chef in a grade A hotel in Ireland. Woman’s Way came to Kerry to interview her, the hotel manager summoned her from the kitchen to attend the meeting, her response was, the male business community who wine and dine here assume it is a male head chef at the helm, leave it at that. That’s the 1960s for you.”

As did the business community . . .

Angela Holohan suggested Emily O’Reilly, Emily Logan and Joanne O’Riordan for the list. Steve Conlon suggested Angela Merkel, but 61 per cent of Greeks have since disagreed with him. 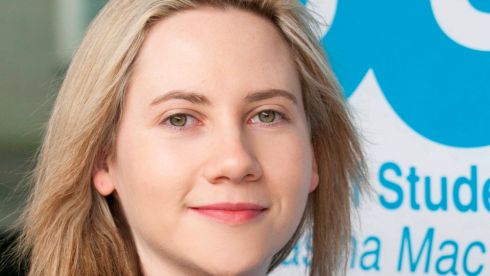 The methodology of the Women’s power list may not have impressed Norah B, but she did have some suggestions for inclusion.

“Catherine Murphy TD - politician extraordinaire! Louise Bayliss -  a Dublin-based mother working with Spark campaign and Equality Budgeting campaign. A heroine to many single parents and homeless. Angela O’Connor founder of trainability.ie & co-gounder of @dubnetbiz and campaigning mother on behalf of children with cancer. Una Mullally - Journalist/Broadcaster/Equality campaigner and well wished warrior in the battle against cancer, faced by so many women.”

“There are so many more, I hope you know who you are,” she wrote.

There were indeed so many more women worthy of a mention, as we found out.

“Meta is soon to be the first ever female head of any international horse racing regulatory body. She will become Senior Steward of the Irish Turf Club in December of this year. She is currently deputy senior steward. Just recently she was named as one of Ireland’s Top 50 women in sport.

“This is not the first glass ceiling she has broke through. She was also the first female head of Veterinary Ireland and latterly, the Irish Vet Council.”

Meta should be on the power list, said Mary, and we could only agree.

Of course, not everyone approved of our endeavour.

@Damocles wrote: “They have to cater to the public’s voracious appetite for celeb gossip. That’s commerce for you. The public doesn’t flock to serious articles, the flock to fluff!!”

Fluff aside (if you think Mary McAleese and Joan Burton are actually “fluff”), at least Orla G agreed with one of our list selections.

“I think Serena is probably the greatest female sport’s star of all time. Going by success and prize money!” she wrote.