Writer, poet and publisher who was part of Soho set 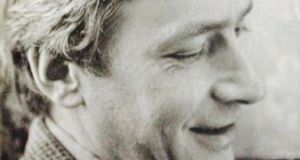 Martin Green, who has died aged 82, was a writer, poet and publisher. Among the many books he encouraged as an editor at MacGibbon and Kee in the 1960s was Nell Dunn’s Up the Junction (1963). Bringing Patrick Kavanagh’s Collected Poems (1964) to publication helped establish his reputation, and he became friendly with many of MacGibbon and Kee’s other Irish writers.

Green and Timothy O’Keeffe, the chief editor at MacGibbon and Kee, both disliked the new ways that publicity was used to sell books; they preferred to advertise writers by word of mouth. When MacGibbon and Kee was taken over by Granada and they were instructed to produce “12 bestsellers a year”, they left to found in 1971 their own firm, Martin, Brian and O’Keeffe. But their combination of anti-commercialism and anti-intellectualism was disastrous and eventually the enterprise collapsed.

Green was born in Stockport, Cheshire. His father, George, a communist, played the cello for a living, until political idealism led him to volunteer for the International Brigades in the Spanish civil war. He was killed in Spain when Martin was four. George’s communist wife, Nan, also went to Spain, where she worked in republican hospitals.

Martin was sent to Summerhill, AS Neill’s experimental, rule-free school in Suffolk which he loved and where he began to write poetry . His fees were paid by Wogan Philipps (later Lord Milford, the first communist in the House of Lords), who had also been in Spain and whom Green came to look to as a surrogate parent.

Green’s university was national service, where he met Tristram Hull, with whom in 1951 he founded the literary magazine Nimbus while married to Sheila Meade. After an attempt to live a poet’s life in Paris, Green returned to work at David Archer’s bookshop in London, then a home of the literary avant garde. There he met O’Keeffe, who gave him the job at MacGibbon and Kee.

The thin, handsome, melancholy young poet frequented Soho public houses and drinking clubs. For a day or two he was engaged to Henrietta Moraes, a model for Francis Bacon’s paintings. Bacon paid for a “pre-nuptial honeymoon” in Dublin, a week in which Green realised his mistake.

In the early 1960s he was living with Penny Kisch, who worked at the Partisan, the Soho cafe that was a birthplace of the New Left. Green had no political ideology and the union faded as he became more concerned with work.

He found pleasure in writing (with Tony White) his Guide to London Pubs (1965), a memorial to lovable drinking places that were threatened by development. Many of the pubs are now closed or ruined. His companion in researches for the book was his second wife, Fiona Nicholls, an artist and photographer. Their home in Tottenham Street was one of the last rendezvous of old Fitzrovia bohemianism.

Green had many links to Ireland. He enjoyed a lifelong, warm friendship with Patrick Kavanagh, struck up during many return trips to Dublin – and McDaids – to collect his poems for the first English publication of a collection of his poems in 1964.

He also published Flann O’Brien and Francis Stuart, among other Irish writers. In 1969, with Paul Durcan he started the poetry quarterly, Two Rivers, a reference to the Thames and Liffey.

He had a strong link with the Irish volunteers who had fought in the Republican Brigades in the Spain, and his interest in Ireland became even more enduring when he had a daughter, Daisy, with Irish journalist, Mary Cummins, in 1974.

After the collapse of Martin, Brian and O’Keeffe, Green decided to run a public house, in rural Wales, assisted by his third wife, writer Judy Cook. The tensions between Green and his Welsh customers were related in his book A Year in the Drink (1982). There was then a decade-long period of wandering through the Midlands and the West Country before settling in Cornwall.

Green always looked at least 10 years younger than his actual age, while his attitudes toward anything new in the world were those of a curmudgeonly dotard. His friends used to tease him about the way he would become old. He would be grumpy, always occupying the same seat in his local at the same times, criticising the young, sipping pint after pint, seldom laughing. “I can’t wait,” he replied.

Visitors were largely unwelcome. He looked forward only to meetings of the International Brigade Memorial Trust. He wrote a superb long poem, Gandesa: Elegy for the Dead in Spain 1936-1939 ( 1986), a technical tour de force naming all the men of the British Battalion who had lost their lives.